Asian shares pulled back on Friday as worries over renewed Sino-U.S. trade tensions weighed on sentiment ahead of the release of June trade data from China. 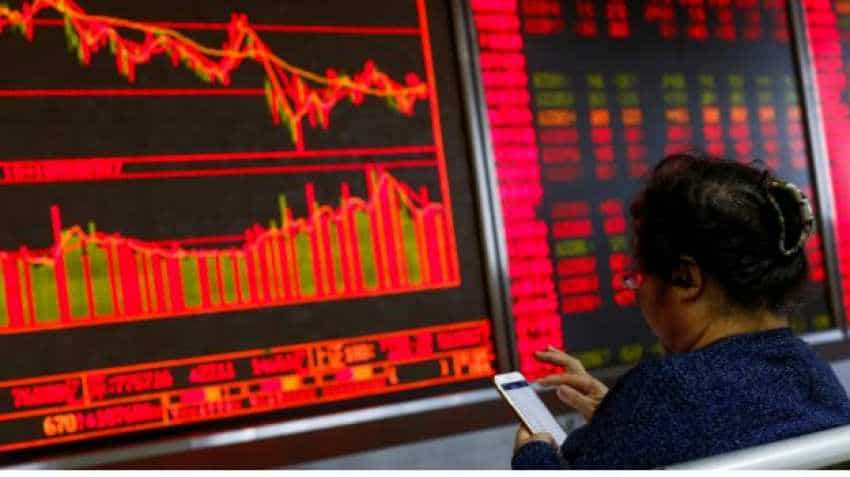 MSCI's broadest index of Asia-Pacific shares outside Japan was down 0.05 per cent, with Australian shares dipping 0.16 per cent and Japan`s Nikkei trimming 0.11 per cent. Photo: Reuters

Asian shares pulled back on Friday as worries over renewed Sino-U.S. trade tensions weighed on sentiment ahead of the release of June trade data from China, though expectations of a Federal Reserve rate cut later this month kept losses in check.

Those bets remained strong despite a rise in U.S. consumer inflation in June, and helped to lift the S&P 500 index to a record closing on Thursday. S&P 500 e-mini futures were last up 0.21% at 3,010.25. Federal Reserve Chairman Jerome Powell indicated on Thursday that a rate cut is likely at the Fed`s next meeting as businesses slow investment due to trade disputes and a global growth slowdown.

On Friday, MSCI's broadest index of Asia-Pacific shares outside Japan was down 0.05% in early deals, with Australian shares dipping 0.16% and Japan`s Nikkei stock index trimming 0.11%.

"Markets have enjoyed a bit of a calm spot in the U.S.-China trade war saga since the announcement of a truce and restarting of trade talks at the G20 meeting.

Unfortunately, headlines are once again beginning to emerge," ANZ analysts wrote in a morning note.

U.S. President Donald Trump said on Thursday that China was not living up to promises it made on buying agricultural products from American farmers.

"While this wasn`t a big market mover, it does serve as a reminder that things could flare up again," the analysts said.

Later on Friday, China will release trade data for June, with analysts expecting exports to have fallen as weakening global demand and a sharp hike in U.S. tariffs took a heavier toll on the world`s largest trading nation.

U.S. Treasury yields were higher following weak demand for a $16 billion 30-year bond auction on Thursday and after the U.S. Labor Department said its consumer price index excluding food and energy rose 0.3% in June, its biggest increase since January 2018.

The poorly received auctions had pushed the 30-year yield as high as 2.672% on Thursday, according to Refinitiv data.

"The CPI report will have no material impact on Fed guidance nor have a significant influence on the great Fed debate around 25 or 50," said Stephen Innes, managing partner at Vanguard Markets Pte, referring to expectations of the size of a July rate cut.

"After all, the FOMC is unquestionably willing to let inflation run hotter after spending the better part of a decade trying to ignite those flames," he said.
The dollar fell 0.09% against the yen to 108.38 , while the euro edged 0.06% higher to buy $1.1259.

The dollar index <.DXY>, which tracks the greenback against a basket of six major rivals, was flat at 97.044.

Oil prices picked themselves up after taking a tumble on Thursday, after the Organisation of the Petroleum Exporting Countries said it expected the world would need 29.27 million barrels per day (bpd) of crude oil from its members in 2020, 1.34 million bpd less than this year.

Gold prices, dulled by the stronger-than-expected U.S. consumer inflation data, regained some of their shine. Spot gold last traded up 0.28% at $1,407.56 per ounce.