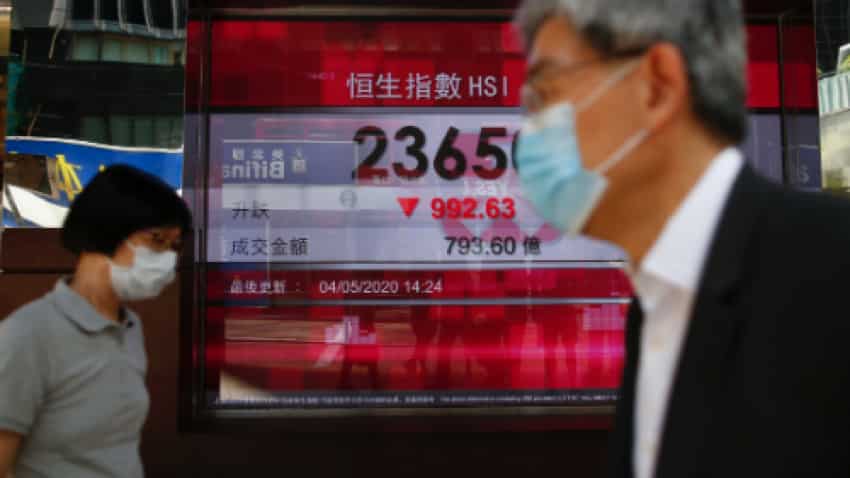 On the economic data front, China`s industrial production and retail sales for August are expected to show an improving economy later on Tuesday. Chinese house price data for August is also due. Photo: Reuters
Written By: Reuters
RELATED NEWS

E-mini futures for the S&P 500 gained 0.11%. On the economic data front, China`s industrial production and retail sales for August are expected to show an improving economy later on Tuesday. Chinese house price data for August is also due.

"The global economic recovery is currently being driven by China`s fast rebound," said Joseph Capurso, head of international economics at Commonwealth Bank of Australia. "As a result, market participants will likely be very sensitive to any downside surprises to the Chinese data."

U.S. retail sales figures from August are due Wednesday.

Investors will also look to central banks for direction, with the U.S. Federal Reserve starting a two-day policy meeting on Tuesday, the first since unveiling a landmark shift to a more tolerant stance on inflation in August. The Bank of Japan and the Bank of England announce their respective policy decisions on Thursday.

MSCI`s broadest index of Asia-Pacific shares outside Japan ended up 1.06%.

U.S. stocks rose after drugmaker AstraZeneca said it resumed its British clinical trials of its COVID-19 vaccine, one of the most advanced in development. Pfizer Inc and U.S.-listed shares of Germany`s BioNTech gained after proposing an expansion to regulators for their phase 3 trial to about 44,000 participants.

Technology shares rallied after cloud services company Oracle said it would team up with China`s ByteDance to keep TikTok operating in the United States, beating Microsoft Corp in a deal structured as a partnership rather than an outright sale.

Elsewhere, SoftBank Group jumped 8.96% to mark its biggest daily gain since March 25, after the company said it would sell chip designer Arm to Nvidia Corp for as much as $40 billion (31.1 billion pounds) in a deal set to reshape the semiconductor landscape.

The U.S. dollar dropped 2.2% against a basket of currencies, hitting a two-week low versus the yen, as demand for the safe haven currency eased amid the rise in equities.