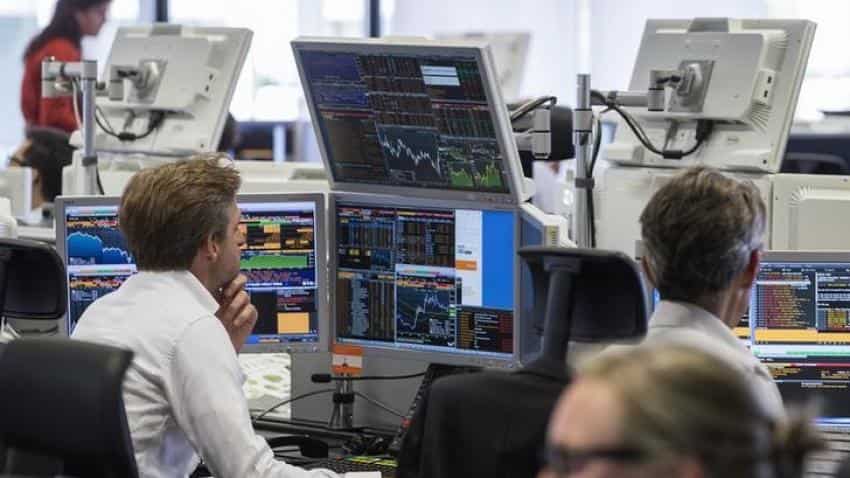 Asian stocks began 2017 on a flat note on Tuesday, uninspired by a surge in European markets to their highest in more than a year, while the dollar resumed its climb after last week`s stumble.

MSCI`s broadest index of Asia-Pacific shares outside Japan was little changed in early trade as most regional markets reopened after the New Year holiday. It ended 2016 with a 3.7 % gain, its best year in four.

Australian shares, however, were off to a robust start, jumping almost 1 %, while South Korea added 0.2 %.

Japan was closed for an extended New Year holiday.

The dollar index, which tracks the greenback against a basket of six global peers, rose almost 0.6 %, its biggest one-day advance since Dec. 15.

"Following a period of consolidation between now and late January, we believe the USD will put on another 10 % of gains over the next eighteen months," said Richard Grace, chief currency strategist at Commonwealth Bank of Australia.

With Britain and Switzerland shut for the New Year holiday on Monday, Europe`s STOXX 600 index added 0.5 % to hit its highest level since Jan. 4, 2015.

That came on the heels of data showing manufacturers ramped up activity at the fastest pace in more than five years in December.

Official data on Sunday also showed China`s manufacturing sector expanded in December, indicating the world`s second-largest economy is entering 2017 on solid footing. But growth did slow slightly more than expected, in a sign that government measures to rein in soaring asset prices are affecting the broader economy.

China was the worst performing major Asian stock market in 2016, posting a 11.3 % loss in its worst year in five.

Investors are keeping an eye on the Chinese yuan after the central bank nearly doubled the number of foreign currencies in a basket used to set the renminbi`s value.

Starting on January 1, the number of currencies in the CFETS basket increased to 24 from 13, with new entrants including the Korean won, the South African rand and the Mexican peso.

China`s foreign exchange regulator also said late on Saturday that from Jan. 1 it would step up scrutiny on individual foreign currency purchases and strengthen punishment for illegal money outflows, although the $50,000 annual individual quota will remain unchanged.

The renminbi posted its biggest annual loss since 1994 in 2016, with the dollar up almost 7 % versus the Chinese currency.

In commodities, oil prices rose on Tuesday as a historic OPEC deal to reduce production took effect on January 1.