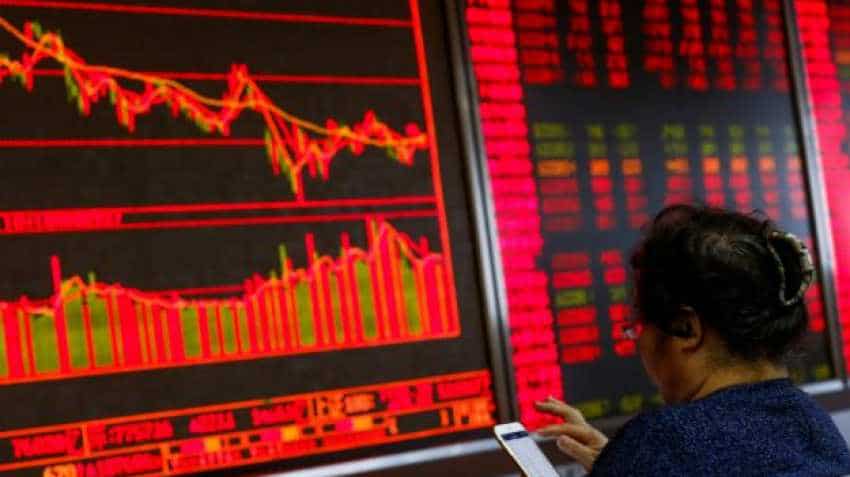 Asian shares braced for more volatility on Thursday as eye-catching easings by central banks stoked fears of global recession, driving US yields to near-record lows and lifting gold past $1,500 for the first time since 2013. Spot gold was last at $1,503.56 per ounce, having been as far as $1,510. The precious metal has surged 16% since May as the worsening Sino-U.S. trade dispute sparked a rush to safe havens.

"Equities continue to slide and volatility has spiked, but the alarm bell is loudest in rates markets, where the yield curve inverted the most since just before the start of the financial crisis."

Early Thursday, Asian share markets were wobbly, as investors tried to find their footing after enduring a string of heavy losses. MSCI`s broadest index of Asia-Pacific shares outside Japan eased 0.03%, having shed 8% in less than two weeks.

Stocks had initially been pressured by the flight to bonds. Yields on U.S. 30-year bonds dived as deep as 2.123%, not far from an all-time low of 2.089% set in 2016.
Ten-year yields dropped further below three-month rates, an inversion that has reliably predicted recessions in the past.

The latest spasm began when central banks in New Zealand, India and Thailand surprised markets with aggressive easings, while the Philippines is expected to cut later Thursday.

FED TO THE RESCUE?

"The decision by these APAC central banks to "go hard and early" has provided further fuel to concerns of a global recession," said Rodrigo Catril, a senior FX strategist at National Australia Bank. "This also means that the Fed will need to come to the rescue."

Chicago Fed President Charles Evans signalled on Wednesday he was open to lowering rates to bolster inflation and to counter risks to economic growth from trade tensions.

Futures moved to price in a 100% probability of an Fed easing in September and a near 30% chance of a half-point cut. Some 75 basis points of easing is implied by January, with rates ultimately reaching 1%.

All of which fuelled speculation that the major central banks would also have to take drastic action, if only to prevent an export-crimping rise in their currencies.
The Bank of Japan would be under particular pressure as its yen has gained sharply from the flood to safe havens, leaving it at 106.10 per dollar from 109.30 just a week ago.

The euro has also bounced to $1.1217 , from a two-year trough of $1.1025, while the U.S. dollar index has backtracked to 97.595, from a recent peak of 98.932.
New Zealand`s dollar was still picking up the pieces after sliding as much as 2.6% on Wednesday when the country`s central bank slashed rates by a steep 50 basis points and flagged the risk of negative rates.

Oil prices were attempting a recovery as talk that Saudi Arabia was mulling options to halt crude`s descent helped offset a build in stockpiles and fears of slowing demand.
Brent crude futures climbed $1.20 to $57.43, though that followed steep losses on Wednesday, while U.S. crude rose $1.23 to $52.32 a barrel.