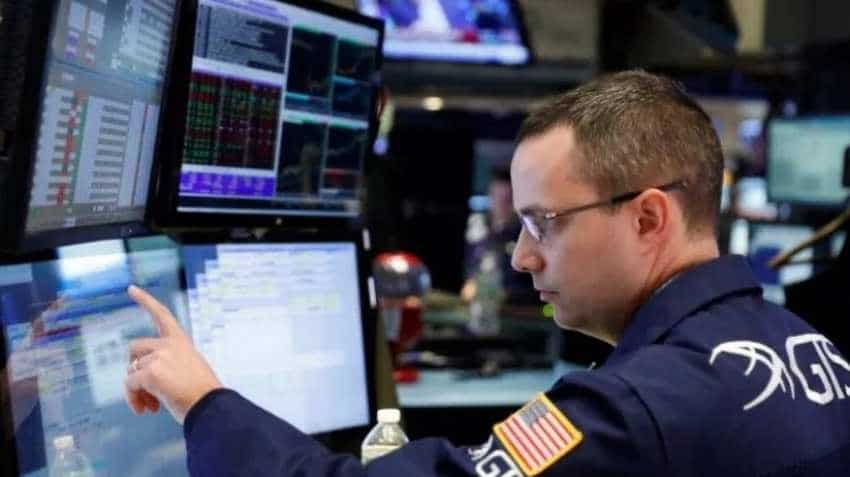 Global equity markets had risen briefly towards the end of last week after dovish comments by New York Fed President John Williams boosted the prospect of the central bank lowering rates by 50 basis points at its July 30-31 meeting. But the stock markets gave back those gains on Friday, with Wall Street shares ending in negative territory, after the New York Fed walked back Williams` comments by saying his speech was not about potential policy action at the upcoming Fed meeting.

Expectations for a 50 bp cut were scaled back further after the Wall Street Journal reported the Fed was likely to cut rates by 25 bps when it meets later this month, and may make further cuts in the future given global growth and trade uncertainties. "The possibility of a 50 bp cut has almost dissipated following the WSJ report and the New York Fed`s attempt to tone down earlier comments by Williams," wrote Kenji Yamamoto, economist at Daiwa Securities.

The dollar and U.S. Treasury yields rose on the greater likelihood of a shallower 25 bp rate cut.  The dollar index against a basket of six major currencies was steady at 97.152 after rising 0.4% on Friday. The benchmark 10-year Treasury yield stretched Friday`s rise and climbed to 2.058%.

Crude was buoyant after Iran`s Revolutionary Guards on Friday captured a British-flagged oil tanker in the Gulf after Britain seized an Iranian vessel earlier this month, further raising tensions along a vital international oil shipping route. U.S. crude futures advanced 0.83% to $56.09 per barrel.

Gold slipped from a six-year high as the dollar firmed and as expectations for a deep rate cut by the Fed were dialled back. Spot gold traded at $1,425.82 an ounce after going as high as $1,452.60 on Friday, its strongest since May 2013.