If you were surprised by this month`s bounce in global stock markets, next week may tell you if you should join in or stay out. 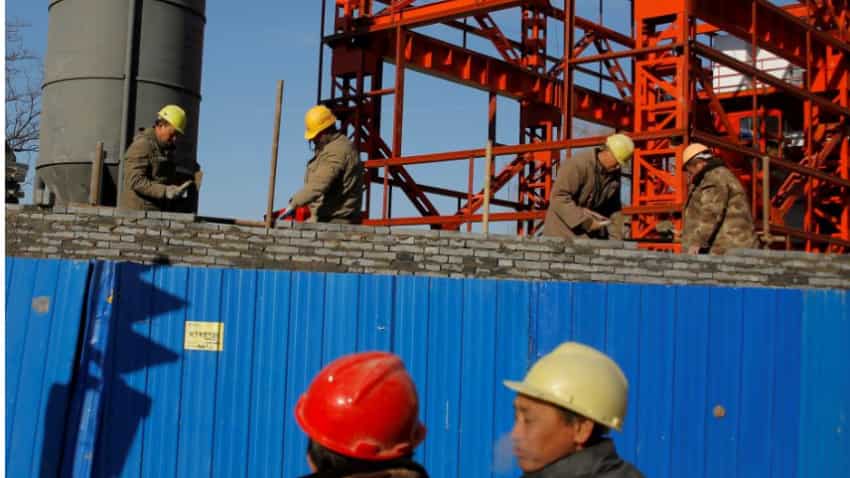 Chinese output data on Monday will set the tone for a week that also sees the first policy updates of the year by the European Central Bank and the Bank of Japan against the backdrop of a continued global economic slowdown. Image source: Reuters

If you were surprised by this month`s bounce in global stock markets, next week may tell you if you should join in or stay out. Chinese output data on Monday will set the tone for a week that also sees the first policy updates of the year by the European Central Bank and the Bank of Japan against the backdrop of a continued global economic slowdown.

In the United States, results from blue-chip companies including IBM will give Wall Street traders something to chew on while officials in Washington are engulfed in the longest ever U.S. government shutdown and unpredictable trade negotiations with Beijing. Investors are running into the new week at full speed, with an index of global stocks up by more than 5 percent since the start of the year.

They have been lured by reassurances that the Federal Reserve will think twice before raising rates this year, hopes of a trade truce between the United States and China, and a perception that slower growth has already been incorporated in share price and economic forecasts. "For this rally to continue investors need to become more comfortable about the outlook for global growth," Bank of America Merrill Lynch strategists said in a note to clients.

China`s fourth quarter GDP data will show whether the bar has been set low enough for the world`s second largest economy. This is expected to have grown by 6.4 percent in the last three months of 2018, the slowest pace since 2009, as domestic demand weakened and exports were hit by U.S. tariffs.
"Our base case is that data will stabilise," economists at HSBC said.

Like many of their colleagues, they expected monetary stimulus and tax cuts from Beijing despite repeated denials from authorities. With the latest data showing Chinese imports and exports plunging, traders were also betting Beijing would eventually blink in its trade standoff with Washington.
"We continue to believe China will strive to avoid a full-blown trade war with the U.S.," Deutsche Bank economist Zhiwei Zhang said.

Chinese Vice Premier Liu He will visit the United States on Jan. 30 and 31 for another round of trade talks.

THIN VENEER
Elsewhere, the European Central Bank and the Bank of Japan are faced with the difficult task of delivering downbeat messages under an increasingly thin veneer of optimism. The Bank of Japan is expected to cut its inflation forecasts on January 23 but maintain that the country`s economy will keep expanding moderately, sources have told Reuters.

A day later, the ECB, which last month cut its own growth and inflation projections for this year, will be hard pressed to defend its assessment that the euro zone`s economy is still motoring ahead. "Risks have shifted to the downside but the ECB might not want to admit it," UBS economist Reinhard Cluse said.

So far, neither the ECB nor the BOJ is expected to take action, having already bought trillions of dollars worth of bonds and pushed interest rates below zero. On Wall Street, investors are bracing for possibly gloomy updates from IBM and other U.S. blue chips after disappointing figures from Apple and Tesla.

Finally, the partial U.S. government shutdown will enter its fifth week amid a political standoff over President Donald Trump`s demand for $5.7 billion to help fund a U.S.-Mexico border wall. While shutdowns have historically had little or no impact on long-term economic growth, this will likely cause delays to the release of economic reports such as retail sales, international trade, GDP, and PCE inflation, HSBC said.