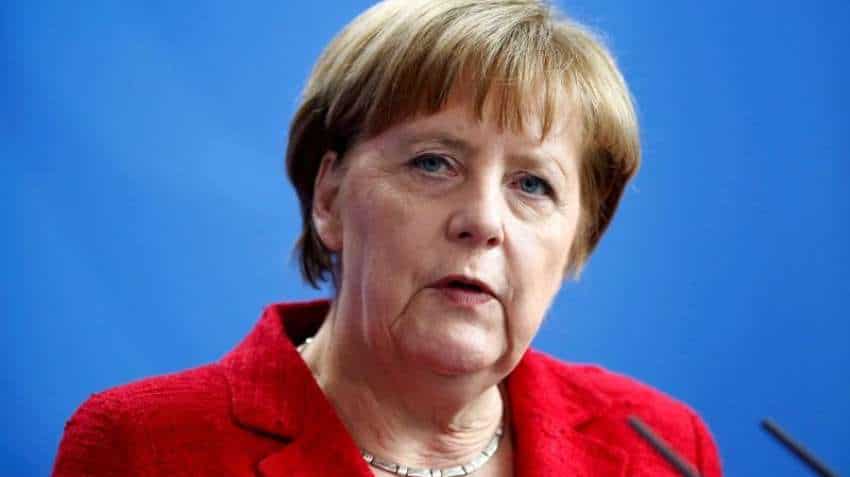 Merkel had initially left open whether she would accept Trump`s invitation to participate in a video conference. Photo: Reuters
Written By: IANS
RELATED NEWS

German Chancellor Angela Merkel will not attend the G7 summit in Washington due to the coronavirus pandemic, state media reported Saturday, citing government spokesperson Steffen Seibert. US President Donald Trump said on May 20 that he was aiming for a real G7 summit in Washington in late June as a sign of normalization, reports Xinhua news agency.

The summit was originally scheduled for June 10-12 at the presidential retreat of Camp David, Maryland.

In March, however, the US government cancelled the arrangement because of the pandemic and scheduled a video conference instead.

Merkel had initially left open whether she would accept Trump`s invitation to participate in a video conference.

In whatever form this meeting takes place, "whether as a video conference or otherwise, I will definitely fight for multilateralism. That is very clear, both in the G7 and the G20", the Chancellor said on May 20.

Camp David is the country retreat for the US President, some 68 miles from Washington D.C.