Japan, chair of this week's Group of 20 meeting in Osaka, has already secured agreement from environment ministers on a marine plastic waste deal that will be endorsed this week. 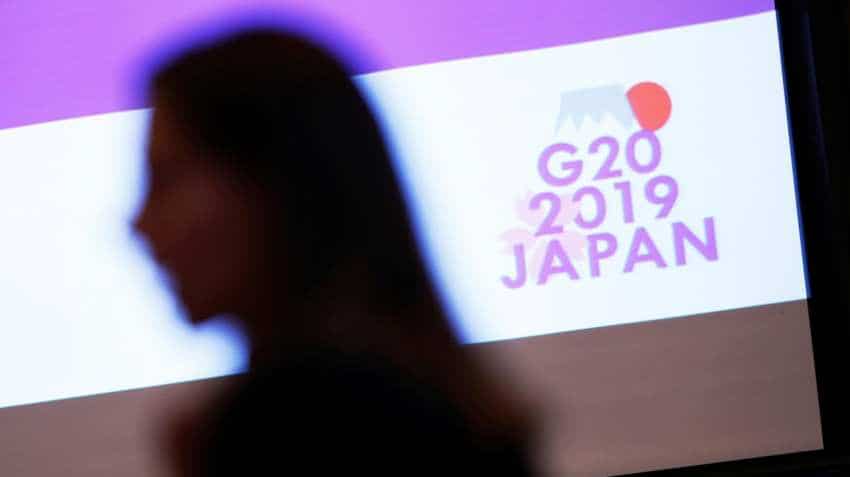 The deal commits G20 members to reducing plastic waste but includes few details on how that will be achieved, proposing only voluntary steps and yearly progress reports. Image source: Reuters
Written By: AFP
RELATED NEWS

G20 host Japan hopes world leaders will endorse a deal on marine plastic waste and find common ground on climate change, but its own environmental record is under increasing scrutiny. Activists say Japan has fallen behind on reducing plastic consumption and is caving to US pressure to water down language on climate change to achieve a unanimous statement on the issue. Japan, chair of this week's Group of 20 meeting in Osaka, has already secured agreement from environment ministers on a marine plastic waste deal that will be endorsed this week.

The deal commits G20 members to reducing plastic waste but includes few details on how that will be achieved, proposing only voluntary steps and yearly progress reports. Prime Minister Shinzo Abe said last month the issue would be "one of the most important themes of the G20", adding that Japan "hopes to play a leadership role". But while campaigners say the agreement -- the first on the issue bringing together rich and developing nations -- is a "first step", they argue it should be more ambitious.

"Legally binding international rules with clear timelines and goals" are needed, Yukihiro Misawa, plastic policy manager of environmental group WWF Japan, told AFP. Experts welcomed part of the agreement that calls for research to better understand where plastic is coming from and how to tackle it.

"Scientific knowledge should be the foundation of an international deal, so that's good," professor Atsuhiko Isobe of Kyushu University's Center for Oceanic and Atmospheric Research told AFP.

The agreement comes as campaigners criticise Japan for moving too slowly on reducing plastic consumption, particularly as the country produces more plastic waste per capita than any nation apart from the United States.

Japan touts an enviable waste management system, and 86 percent of its plastic waste is recycled. But much of that "recycling" involves simply incinerating plastic, often to produce energy, a process that generates carbon dioxide and contributes to climate change.

Japan exports around 10 percent of its plastic waste for recycling overseas. But research by environmentalists shows the waste can end up in the ocean or being burned improperly, emitting harmful pollutants.

Last month, Japan announced a new strategy to reduce plastic waste, including plans to eventually require retailers to charge for plastic bags, but that still leaves it far behind nations that have simply banned plastic bags and other single-use plastic outright. "What is expected of Japan is to behave as a role model," said Isobe.

Japan also faces growing scrutiny on climate change issues because of its continued use of coal. It is one of nearly 200 nations that signed the Paris climate agreement, which commits signatories to efforts to cap global warming at "well below" two degrees Celsius (3.6 Fahrenheit).

But earlier this month, it said it would continue to rely on coal-burning power plants and set its target date for carbon-neutral status after 2050. Greenpeace said that showed Japan was "not truly serious about mitigating climate change".

And Tokyo will likely face additional pressure over the climate change portion of the G20 final communique.

A document described as a draft of the communique's climate language, seen by AFP, omits any reference to reducing use of fossil fuels and removes wording in previous G20 statements describing the Paris deal as "irreversible".

At last year's G20, that phrase was included but not endorsed by the United States, which added wording reiterating "its decision to withdraw from the Paris agreement".

The draft document, which could change substantially before adoption, suggests an attempt to find neutral language that Washington can endorse, but activists said it would dilute international efforts.

"For this G20, members have to show strong leadership by committing to ambitious actions," she told AFP.

And France's President Emmanuel Macron has already said he will not sign any statement that does not include ambitious climate language, calling the issue a "red line".