Foxconn, which kicks off a three-day event on Wednesday to celebrate its 30 years doing business in China, already does much more than assemble goods for others. 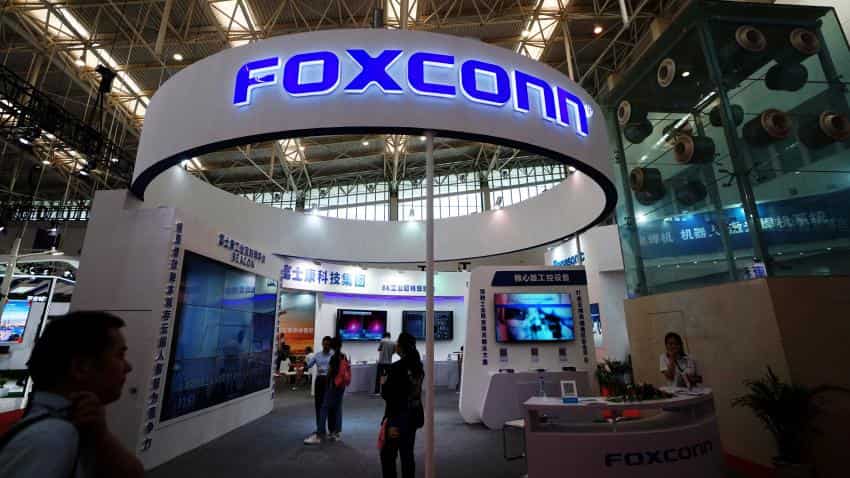 Foxconn, the Taiwanese contract manufacturer that rose to global prominence as the manufacturer of the Apple iPhone, is trying to reinvent itself as smartphone sales plateau and Apple Inc diversifies its supplier base.

The company, which kicks off a three-day event on Wednesday to celebrate its 30 years doing business in China, already does much more than assemble goods for others.

It`s a top global producer of display screens, thanks to the acquisition of Sharp Corp. Its far-flung activities include autonomous car startups and investments in cancer research.

But with its stock down almost 20 percent since late last year, Foxconn, Taiwan`s second most valuable company with a market value of $51 billion, is under pressure to show that it can convert new initiatives into growth.

The Sharp purchase and a handful of more recent deals -including an agreement announced this week for Sharp to buy Toshiba Corp`s personal computer business for $36 million - indicates that a push into producing its own branded products is one part of the strategy.

Just as important, though, is a complicated plan to provide "integrated solutions" for businesses that include both sophisticated hardware and software services such as cloud computing, Louis Woo, special assistant to Foxconn chairman Terry Gou, told Reuters in an interview.

Woo called it a "new business model" that could be especially appealing to smaller companies and institutions like hospitals, who have sophisticated technical requirements that they often have trouble handling on their own.

"We have built data centers for many of our customers, but we`re not known to provide data center services," Woo said. "In the future since we`re having all these pieces, we can put them together to provide a technical service to a business customer."

The company is also betting that it can package its traditional expertise to sell "smart manufacturing" services, included fully automated factories, to other industrial companies.

Woo acknowledged that none of this would happen overnight - a view shared by skeptical analysts.

"Right now, with the contract manufacturing, it`s very hard to switch to a new model," said Vincent Chen, an analyst at Yuanta Investment Consulting in Taipei.

And it has to be careful to keep current customers onside, in particular Apple - which is estimated to still generate around half of Foxconn`s total revenue.

"There will definitely be risks," in pursuing so many different areas, said Boyce Fan, an analyst at Trendforce. "But this will be key for Foxconn to find the next growth opportunity."

When Gou takes the stage at the company`s Shenzhen campus to kick off the anniversary celebrations on Wednesday, he`s also expected to tout healthcare as a major new opportunity.

The company`s technical strengths are in Sharp`s high-resolution imaging and displays, which use the next-generation 8K standard and have ready applications for medical imaging devices such as endoscopes.

Gou has also touted the possibility of smart toilets that can double as health diagnostic devices, Woo said, with sensors feeding data to the cloud for analysis. That would play to Foxconn`s strength in 5G wireless communications equipment.

Such efforts won`t come cheap, and Foxconn is laying the financial and political groundwork for its next chapter with a Shanghai IPO for one of its main subsidiaries, Foxconn Industrial Internet.

The $4.3 billion IPO will provide funding for initiatives in smart manufacturing, cloud computing, data centers and 5G technology, among other areas. A number of Chinese state-owned companies are expected to participate in the deal.

FII currently generates a big chunk of revenue from making comparatively mundane components such as smartphone casings and frames. And for all the talk of healthcare and cloud and AI, most of the IPO proceeds are earmarked for smart manufacturing.

Sharp is also selling $1.8 billion worth of new shares to buy back preferred stock, which were issued to banks in return for a financial bailout.

Meanwhile, the parent company has huge capital needs for the core display business, with new plants in China and the U.S. expected to cost almost $20 billion between them.

It is still unclear how hard Foxconn will push its own products in the mainstream consumer electronics business, a hyper-competitive arena where sophisticated marketing is crucial.

Fan at Trendforce says Foxconn could do more deals to acquire established brands. "It will use whatever branding there is already," he said, rather than try to build a Foxconn brand. The company earlier this year added to its brand portfolio with the acquisition of Belkin, a well-known U.S. maker of computer accessories.

Chen, the Yuanta analyst, said Chinese smartphone juggernaut Xiaomi could be a model for Foxconn to emulate.

He said Xiaomi is not only selling its phones and other products but also has a range of services to go with them, offered through their own stores.

But Woo expressed caution: "We`re still looking at how to go about doing that without any direct conflict with our current customers," he said.

"I think Foxconn will focus on strengthening its contract work and integrating new areas into its core business."

PFRDA pension subscriber base rises 24% to 4.53 cr till August