Foreign demand for Japanese machinery slumps by most since 2007

A Cabinet official told reporters at a briefing the slump was partly due to the base effect of large overseas orders seen over the past two months. 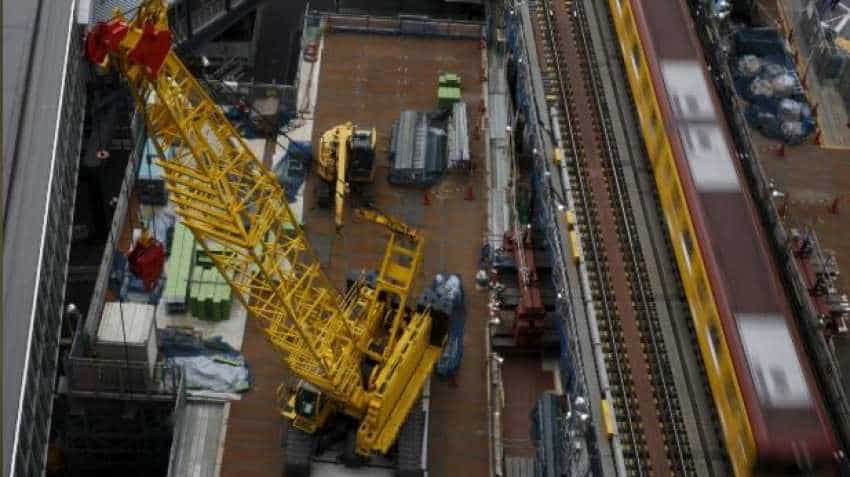 However, forecasts show manufacturers expect overseas orders to fall by another 17.1 percent in the current quarter. Reuters

Overseas orders for Japanese machinery posted their biggest tumble in more than a decade in December, as trade frictions dented global supply chain demand and manufacturers predicted further declines in orders this quarter.
Data released on Monday showed core machinery orders, considered a leading indicator of capital expenditure, fell 0.1 percent month-on-month in December. This was the first decline in three months but was smaller than the median forecast for a 1.1 percent decrease.

Highlighting bigger concerns about the external environment, however, was a 21.9 percent month-on-month slump in orders from overseas, the biggest fall since November 2007.

The Cabinet Office data comes as some of Japan`s major corporates flag expected hits to sales to customers, which include downstream manufacturers who use Japanese components, amid an increasingly cautious investment environment."Capital expenditure won`t be that strong, and this will hamper Japan`s overall growth," said Shuji Tonouchi, senior market economist at Mitsubishi UFJ Morgan Stanley Securities.

"We see the impact of trade friction. There`s a lot of uncertainty and manufactures are becoming more cautions."

A Cabinet official told reporters at a briefing the slump was partly due to the base effect of large overseas orders seen over the past two months.

However, forecasts show manufacturers expect overseas orders to fall by another 17.1 percent in the current quarter.

Manufacturers surveyed by the Cabinet Office forecast core orders will fall 1.8 percent in January-March after decreasing 4.2 percent in October-December.

The Cabinet Office said in a statement machinery orders were "stalling", a downgrade to its previous assessment, which described orders as "recovering but showing signs of stalling".

Quarterly data for the October-December period showed the broader decline in orders was driven by weakness in the chemicals, electronics, logistics and construction sectors.SIGNS OF PAIN

Global trade has already slowed as the United States and China exchanged tit-for-tat tariffs in a heated dispute over trade. The proposed introduction of further tariffs, if a resolution between Washington and Beijing is not found, would hurt Japan`s export-focused economy.

The trade war between the world`s two largest economies is a major risk for Japan`s auto, electronics, and heavy machinery sectors, which export goods to China where they are used to make finished products destined for the United States and other markets.

In one example of the pain already felt, Japan`s Panasonic Corp cut its annual profit outlook earlier this month as the trade war hurt demand for auto components and factory equipment.

In another example, Japan`s Nikon Corp cut its sales forecasts because its customers are postponing orders for semiconductor manufacturing equipment.

Compared with the previous month, Japan`s orders from manufacturers fell 8.5 percent in December after a 6.4 percent decline in November, due to lower orders from makers of manufacturing equipment and electronics.

Service-sector orders rose 6.8 percent, faster than a 2.5 percent increase the previous month due to a pick-up in orders from the telecommunications sector.

Despite this acceleration, economists are likely to remain more concerned about the manufacturing sector and global demand.

"Core" machinery orders exclude those for ships and from electricity utilities.Signs of pain were seen elsewhere in Asia on Monday with Singapore`s exports stumbling more than expected in January.

In an indication the weakness was broadening, shipments to all the city-state`s top trading partners, including China and the United States, declined from the year earlier.

Japan`s gross domestic product returned to expansion in the fourth quarter after a series of natural disasters caused a contraction in the previous quarter, but economists have warned that they are not optimistic about the outlook this year.

Another risk is the Japanese government`s plan to raise the nationwide sales tax to 10 percent from 8 percent in October.

The government needs the extra tax revenue to pay for rising welfare costs, but some policymakers and economists worry the tax hike could hit consumer spending and weaken sentiment.

Japan`s policymakers have long argued that an increase in business investment will contribute to economic growth as companies replace old manufacturing equipment and invest in new technology.

However, the chance of a growth spurt this year driven by corporate investment has dimmed considerably, economists say.

Rajnath Singh, S Jaishankar to visit Japan this week for '2+2' dialogue: Know what is 2+2 format of dialogue