Brokerages including JPMorgan, Sinolink and Shenwan Hongyuan predict around $17 billion of foreign money will flow into China stocks during MSCI`s two-stage inclusion process, on June 1 and Sept. 3, roughly in line with MSCI`s own estimates. 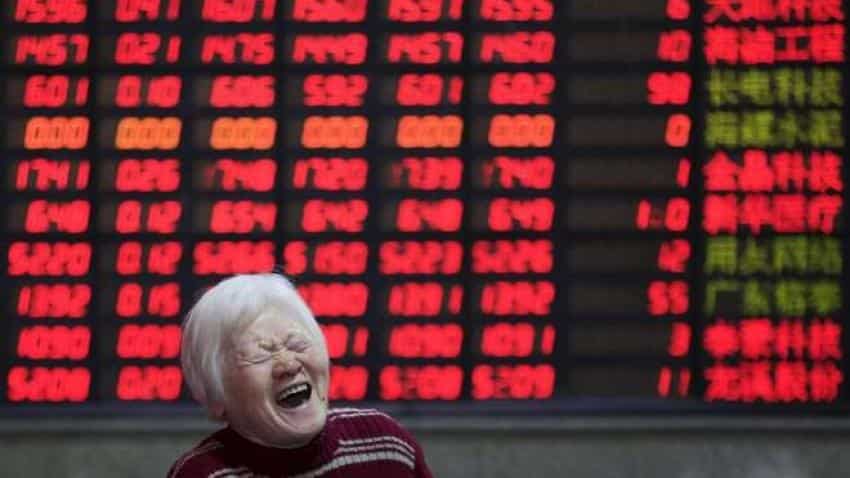 Active fund managers account for over 80 percent of the money tracking its indexes. Image source: Reuters

The inclusion of Chinese stocks in closely tracked MSCI share indexes is widely expected to draw tens of billions of dollars into the mainland market next month, but active fund managers` conservative positions could mean inflows are much smaller.

Brokerages including JPMorgan, Sinolink and Shenwan Hongyuan predict around $17 billion of foreign money will flow into China stocks during MSCI`s two-stage inclusion process, on June 1 and Sept. 3, roughly in line with MSCI`s own estimates.

Such forecasts have stoked fears that a sudden gush of foreign money into China`s roughly 230 big-caps via Hong Kong, the main channel for foreign investment in mainland shares, could sap a limited pool of offshore yuan in the city.

Underpinning these projections, however, is an expectation that active fund managers will look to immediately rebalance their portfolios to match the re-weighting of the benchmarks - a highly speculative assumption, according to some market participants.

"Those so-called educated guesses may not be accurate. Truth often rests with the minority," said Wang Qi, a former head of China Index Research at MSCI who led consultation on the A-share inclusion at the U.S. index publisher.

Active fund managers account for over 80 percent of the money tracking its indexes, according to MSCI.

Unlike passive index-tracking funds, which are obliged to buy China stocks to avoid tracking errors, active funds benchmarked against the indexes can stand pat as China`s weighting is so tiny, Wang said.

According to MSCI, $1.9 trillion of assets track its emerging market benchmark. Mainland China stocks, or A-shares, will represent a 0.78 percent weighting of this index after their initial inclusion. A-shares will also account for 0.1 percent of ACWI, MSCI`s flagship global equity index followed by $3.8 trillion of assets.

"Our funds are relatively China-focused, with (Hong Kong-listed) H-shares and A-shares already exceeding 10 percent of our portfolio last year," she said.

Research house TS Lombard said in a note that fund managers could easily adjust their portfolios by buying Hong Kong-listed stocks, meaning they would not need increased mainland exposure. Of the 230 or so A-shares being added to the index, 49 have H-share listings.

Despite the difficulties around forecasting inflows, regulators are leaving nothing to chance amid evidence brokerages in Hong Kong are hoarding offshore yuan ahead of an anticipated jam in the stock connect schemes linking China and Hong Kong.

The Hong Kong Monetary Authority has been preparing for months to ensure adequate yuan supply, while China`s central bank announced a series of measures this month to support the offshore yuan market, after quadrupling the Stock Connect daily quota last month.

ASIFMA had been lobbying to increase the daily quota and improve foreign access to A-shares ahead of the MSCI inclusion.

"Why bother to take the risk of potential embarrassment to China, to HK and to MSCI?" said ASIFMA`s Chao.