Yellen was speaking days after the Fed`s policy body, the Federal Open Market Committee, turned more dovish in its view of the economy. 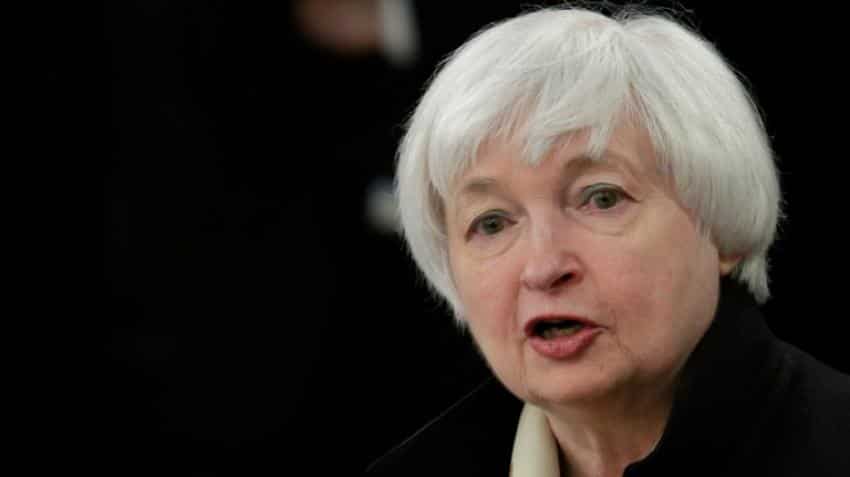 Yellen was speaking in semi-annual testimony to Congress on the state of the US economy and Federal Reserve policy. Photo: AFP
Written By: AFP
RELATED NEWS

Federal Reserve Chair Janet Yellen said Tuesday that the US economy faces "considerable uncertainty" from slower domestic activity and from a possible British vote to break with the European Union.

Pointing to recent slower hiring and investment domestically, and to the risk that a pro-Brexit vote will send shock waves through global markets, Yellen signaled that the Fed has become less optimistic about US growth over the short term and will proceed with great caution on plans to raise interest rates.

She said in testimony to the Senate Banking Committee that US growth has picked up noticeably in the second quarter from the sluggish pace at the beginning of the year. Nevertheless, she said economic growth has been uneven and clear downside risks remain a threat.

"Considerable uncertainty about the economic outlook remains," she said in prepared testimony. "The latest readings on the labor market and the weak pace of investment illustrate one downside risk -- that domestic demand might falter," she said.

Added to that, Yellen said, are the challenges of slower growth and reform hurdles in China, and the referendum in Britain on Thursday on pulling out of the European Union, which could radically alter Europe`s economic framework.

"One development that could shift investor sentiment is the upcoming referendum in the United Kingdom," she said. "A UK vote to exit the European Union could have significant economic repercussions."

Yellen was speaking days after the Fed`s policy body, the Federal Open Market Committee, turned more dovish in its view of the economy as it again kept its benchmark interest rate locked at an ultra low level on Wednesday.

While Yellen reiterated the FOMC`s expectations that it could increase the federal funds rate twice before the end of the year, ending 2016 close to 1%, she also highlighted risks to the longer term.

She noted that a number of prominent economists have argued that slow productivity growth in the United States will continue in the future, dampening overall growth. "We cannot rule out" that possibility, she said.

And she said that as long as other domestic weaknesses persist, like slow household formation and business investment, and if global risks remain significant, then the Fed needs to hold interest rates ultra-low "to keep the economy operating near its potential."

Yellen was speaking in semi-annual testimony to Congress on the state of the US economy and Federal Reserve policy.

Despite her concerns over the short-term outlook, she reiterated that she and the FOMC were fairly confident in the medium term outlook that growth will remain moderate, that companies will continue to hire workers at a steady pace and that inflation, which has been overly weak, will turn upward.