The Fed has cut rates twice this year as U.S. businesses were hit by rising trade tensions with China, political risk including Britain`s potentially chaotic divorce from the European Union, and weakening economic growth in Germany and elsewhere. 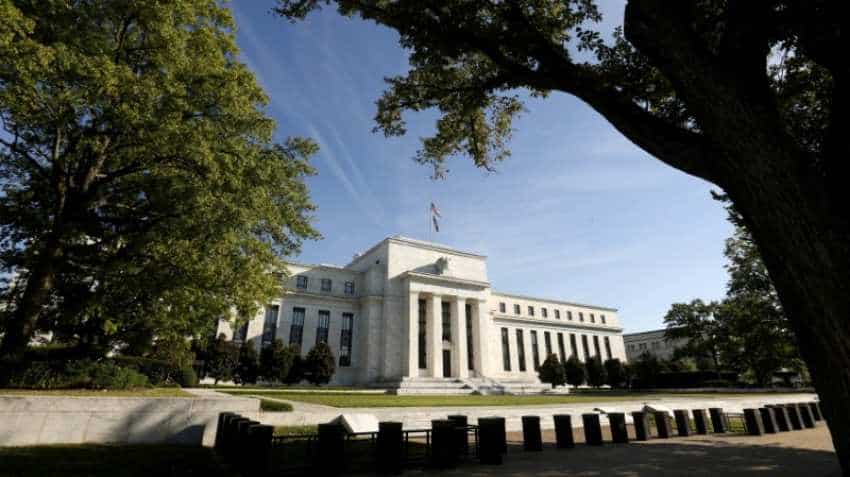 THE WOODLANDS, Texas/NEW YORK (Reuters) - Two Fed policymakers on Thursday signalled they are open to delivering another rate cut after a report showed the growth in the vast US services sector is slowing, but the Fed`s No. 2, speaking late in the day, gave little away on his own thinking. The Fed "will act as appropriate to sustain a low unemployment rate and solid growth and stable inflation," Fed Vice Chairman Richard Clarida said in New York, repeating a phrase Fed Chair Jerome Powell has used ahead of meetings when the Fed did cut rates, as well as in June, when it didn`t.

The US consumer and economy are in a "good place," and the U.S. labour market is "very healthy," Clarida said. At the same time, risks include slowing global growth, uncertainty over trade, and persistent low inflation overseas, all of which impact the U.S. economy. "We have eight meetings a year, we take them one at a time. We are not on a preset course," he said.

Clarida`s circumspect comments came at the end of a day where traders bid up expectations of two more Fed rate cuts this year after the Institute for Supply Management (ISM)`s non-manufacturing activity index dropped to its lowest reading since August 2016.

Separate data earlier in the week showed an index of U.S. factory activity contracting to its lowest level in more than a decade.
The reports may signal that a slide in exports, business sentiment and business investment is spreading to the consumer, whose spending accounts for the bulk of the $20 trillion U.S. economy.

"If we wait for weakness in global growth and manufacturing and business investment to seep into other parts of the economy... I think we likely have waited too long," Dallas Fed President Robert Kaplan told a group in a Houston suburb after that report.

The Fed`s two rate cuts so far this year have reduced the likelihood of a severe downturn, Kaplan said, but have not eliminated it, adding that he has an "open mind" as regards to rate-setting and is watching "extremely carefully" for evidence of broader economic weakness.

"We will go to our next meeting, have a discussion about what`s appropriate, and I`m extremely open-minded to making an adjustment if that`s what the appropriate policy is," Chicago Federal Reserve Bank President Charles Evans said in Madrid, before the services report.

The Fed has cut rates twice this year as U.S. businesses were hit by rising trade tensions with China, political risk including Britain`s potentially chaotic divorce from the European Union, and weakening economic growth in Germany and elsewhere.

But not all 17 Fed policymakers backed the cuts; in September, several wanted rates to stay where they were, and one wanted a deeper rate cut.

US household spending and jobs growth have so far remained strong, momentum that U.S. central bankers have attributed at least in part to the Fed`s pivot from a tightening stance as recently as 10 months ago. At the same time, inflation has lingered below the Fed`s 2% goal.

Fed policymakers have said they are on the lookout for any signs that the hit from trade uncertainty and a weakening global economy is no longer confined to the U.S. export and manufacturing sectors.

Rate futures traders now see an 88% chance of a quarter-of-percentage-point rate cut at the Fed`s October 29-30 meeting, and a better-than-even chance of a fourth rate cut by year`s end that would bring the central bank`s target range to 1.25% to 1.5% and completely reverse all of last year`s tightening.

A US government report on September jobs growth, out early Friday, could be pivotal as Fed policymakers weigh whether trade uncertainties are reaching deeper into the U.S. economy.

Cleveland Fed President Loretta Mester, who was against the decision to cut rates in July, on Thursday pushed back against the idea that the labour market could strengthen much further than it is now. Unemployment in August registered at 3.7%, well below most economists` view of a sustainable level without pushing up on inflation.