The United States on Monday re-imposed sanctions against Iran`s oil exports to punish Tehran for its involvement in several Middle Eastern conflicts. 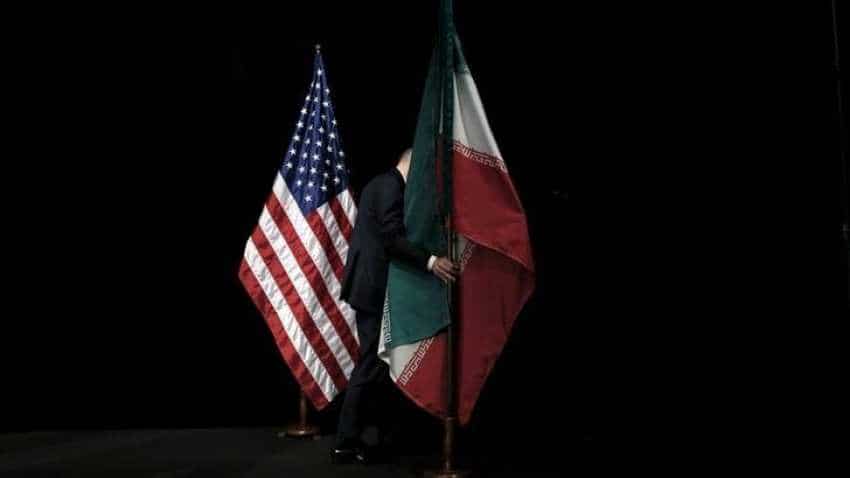 Washington had been pushing governments to cut imports of Iranian oil to zero. Image courtesy: Reuters

That will allow the eight, which account for about 75 percent of all Iran`s oil exports, according to trade data, to import at least some oil for another 180 days.

Washington and the recipients of the waivers have not disclosed how much oil they are allowed to import, or under what conditions deals can still be made.

Bernstein Energy expects "Iranian exports will average 1.4-1.5 million barrels per day (bpd)" during the exemption period," down from a peak of almost 3 million bpd in mid-2018.

J.P. Morgan said "the lack or difficulty in acquiring shipping insurance will help in reducing exports quickly as they did during last international sanctions."

The U.S. bank also said "payments for the oil by the exempt countries must go into escrow accounts in their local currency" and that this "means the money won`t directly go to Iran and it can only be used to buy certain non-sanctioned goods from its crude export customers."

Once the waivers expire after 180 days, new waivers are expected to be issued, with a source in China saying his country would likely receive another six months of exemptions, though at a lower rate of around 220,000 bpd. For further details, see below.

China, the world`s biggest importer of crude oil, is also the top buyer of Iranian oil, and its mostly state-owned refiners have lobbied hard for waivers.Several Chinese sources with knowledge of the matter said China would be allowed to buy 360,000 bpd of Iranian crude during the exemption period of 180 days.

That would be about half the daily average China has been importing from Iran since January 2016, trade data showed. However, one source said the United States had attached strings to the waivers, including counterparty disclosures and laying open settlement methods, which were being evaluated before placing new orders with Iran.

INDIA
India is the world`s third-biggest oil importer. India is also Iran`s second-biggest oil customer and will be one of the most exposed to a forced drop in supply because of its relative proximity to Iran.

One Indian source close to the country`s refining sector said India would likely be allowed to import around 300,000 bpd of Iranian crude during the exemption period compared with normal volumes of around 450,000 to 550,000 bpd.

SOUTH KOREA
South Korea is a large buyer of Iranian condensate, a super light form of crude oil, used by its large petrochemical industry. A close U.S. ally, South Korea had stopped buying crude from Iran ahead of the sanctions while still lobbying for exemptions.

This week, reports emerged that South Korea received a waiver allowing it to import around 4 million barrels a month, equal to about 130,000 bpd, of Iranian crude and condensate. South Korea has averaged over 200,000 bpd of oil imports from Iran so far this year, down from around 350,000 bpd in 2017.

Banking sources said any Korean payments for Iranian oil would need to be made in its won currency. The won-denominated payments will go into escrow accounts handled by the Industrial Bank of Korea (IBK) and Woori Bank.

Officials from both banks said, however, that won-denominated payments for Iranian oil were still being reviewed, and that no schedule a for resumption was set yet.

JAPAN
Japan, another key Asian U.S. ally, also ceased Iranian oil imports prior to the sanctions, but has received a waiver to import an undisclosed amount of oil from Iran in the next 180 days.

Japan`s trade minister, Hiroshige Seko, said on Tuesday that Japanese buyers were expected to resume imports from the Islamic Republic again soon. Refining sources in Japan, however, said they first needed to evaluated the conditions attached to the waivers, with no new orders likely before December.

TAIWAN
Taiwan is only an occasional importer of Iranian oil, and no details regarding its waivers have been disclosed.

TURKEY, ITALY, GREECE
Italy and Turkey have been importing around 200,000 bpd of oil from Iran over the past two years, with Greece importing less than 100,000 bpd.
Italy and Greece have completely suspended purchases in recent weeks.
The waivers for those countries took the market by surprise and trading sources have said they are now evaluating prospects for resuming some imports.

Turkey has said it is also evaluating possible imports after receiving a waiver, but President Tayyip Erdogan said on Tuesday the country would not abide by the sanctions as they were aimed at "unbalancing the world".

India expected to get waiver from US sanctions against oil importers