The two sides are trying to resolve deep differences over China`s trade and intellectual property practices, industrial subsidies and market access to avert an increase in U.S. tariffs on Chinese goods scheduled for March 2. 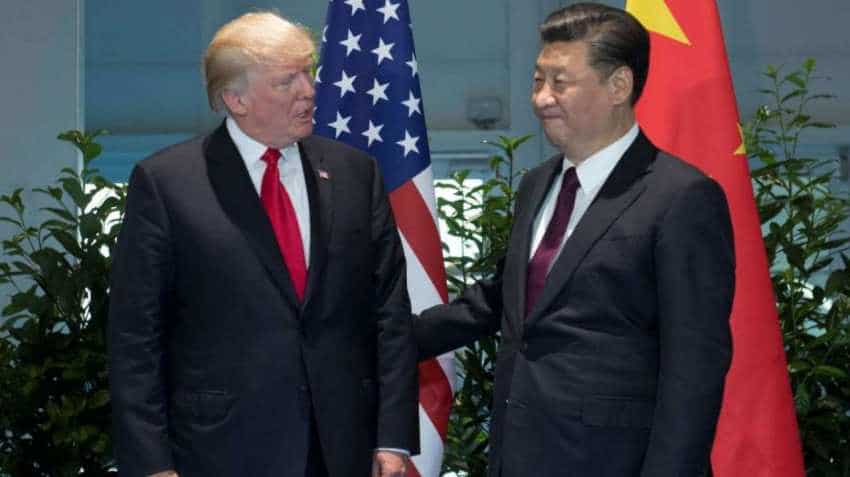 But trade negotiations often go down to the wire, so a final outcome is not likely before the end of February, and any agreement will need the approval of Trump and Xi. Reuters

U.S.-China trade talks will reach a pivotal phase this week when Chinese Vice Premier Liu He comes to Washington for negotiations with his U.S. counterparts, U.S. Trade Representative Robert Lighthizer and U.S. Treasury Secretary Steven Mnuchin. The two sides are trying to resolve deep differences over China`s trade and intellectual property practices, industrial subsidies and market access to avert an increase in U.S. tariffs on Chinese goods scheduled for March 2.

Here is a look at the key issues in the talks and their implications:

What are Washington and Beijing fighting about?

These include an end to policies that Washington claims effectively force U.S. firms to transfer their technologies to Chinese partners and full protection for American intellectual property rights.

What is at stake in these talks?

At the most basic level, a dominant position in future high-technology industries, according to the U.S. Trade Representative`s office.

China is determined to upgrade its industrial base in 10 strategic sectors by 2025, including aerospace, robotics, semiconductors, artificial intelligence and new-energy vehicles.

U.S. officials say they don`t have a problem with China moving up the technology ladder, but they don`t want it to happen with stolen or unfairly obtained American know-how.

They argue that China`s massive support for state-owned enterprises is leading to overproduction, making it hard for U.S. companies to compete on a market-driven basis.

How does Beijing view these complaints?

Chinese officials generally view the U.S. actions as a broad effort to thwart China`s inevitable rise to a dominant position in the global economy.

They deny that China requires or coerces technology transfers, saying that any such actions are commercial transactions between American and Chinese firms.

At the same time, China is looking to make a deal with Trump to ease U.S. tariffs on Chinese goods and to directly reduce the trade imbalance between the world`s two largest economies through increased purchases of U.S. goods, including soybeans and energy.

Beijing has also taken some steps to open up to more imports, including lowering tariffs on imported cars and allowing foreign companies in some sectors to own a majority of their operations in China.

What actions has the United States taken?

U.S. President Donald Trump has imposed punitive tariffs on $250 billion worth of imported goods from China so far -- a 25 percent duty on $50 billion worth of machinery, semiconductors and other technology-related products, and 10 percent tariffs on a broader, $200 billion range of goods that includes many chemicals, building materials, furniture and some consumer electronics.

Thus far, Trump has spared many consumer goods including cell phones, computers, clothing and footwear from tariffs. But if no deal is reached by March 2, Trump has threatened to impose new tariffs on about $267 billion worth of goods, effectively the remainder of imports from China.

Yes. China has imposed tariffs of 25 percent on $50 billion worth of U.S. goods, including soybeans, beef, pork, seafood, whiskey, ethanol and motor vehicles.

Beijing also has imposed tariffs of 5 to 10 percent on another $60 billion worth of U.S. goods, including liquefied natural gas, chemicals, frozen vegetables and food ingredients. So far, Beijing has spared imports of U.S. commercial aircraft largely made by Boeing Co.

Since Trump and Chinese President Xi Jinping agreed in December to pursue the current round of talks, China has also suspended tariffs on U.S. made autos and has resumed some purchases of U.S. soybeans.

What has happened in the talks so far?

The United States rebuffed some initial offers by China in the spring of 2018 to increase purchases of U.S. goods, opting instead to proceed with tariffs.

But there was little progress on these issues at a round of talks among mid-level officials in Beijing earlier in January. Instead, Chinese officials offered to substantially increase purchases of U.S. products in an effort to eliminate the U.S. trade deficit with China over a period of years.

Will U.S. officials accept a deal based mainly on purchases?

Trump has been optimistic about a deal, saying a weakening Chinese economy gives Beijing incentive to negotiate.

But the president`s advisers say that he will not soften his demands that China make structural reforms on IP and related issues.

Some Trump administration officials, including Wilbur Ross, have tried to temper expectations for this week`s meetings, saying that the two countries "are miles and miles" from resolving their trade differences.

A key U.S. demand is creating a mechanism for regular reviews of China`s progress on following through on any reform pledges that it makes, a plan that would maintain a perpetual threat of U.S. tariffs.

What are possible outcomes of this week's talks?

The two sides could report some progress towards a deal though another stalemate on core structural issues would be viewed as a negative sign for a deal by March, and investors would brace for higher tariffs.

But trade negotiations often go down to the wire, so a final outcome is not likely before the end of February, and any agreement will need the approval of Trump and Xi.

If enough progress is made, the two sides also could decide to extend the deadline and keep negotiating, as often happened during talks last year to replace the North American Free Trade Agreement.