About 1,500 of the initial volunteers in a late-stage clinical trial of the Oxford/AstraZeneca COVID-19 vaccine were given the wrong dose, but weren`t informed that a mistake had been made after the blunder was discovered, documents obtained by Reuters show. 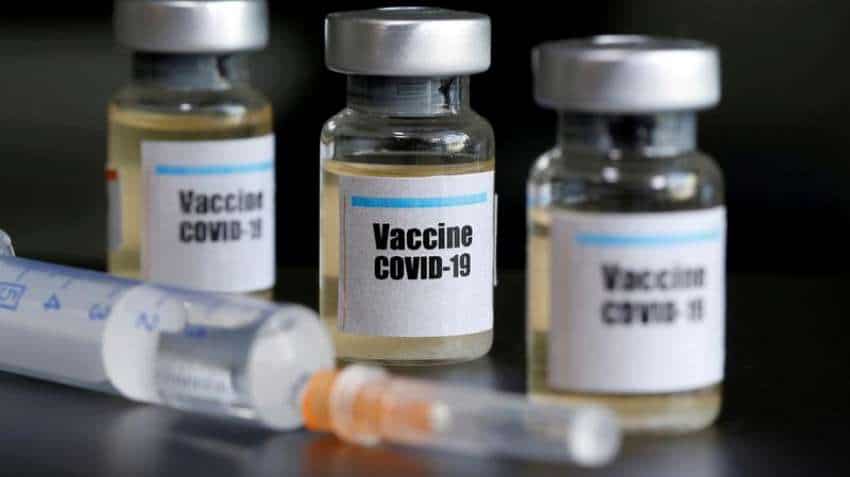 It said the lower dose is "still in the normal range of doses that are used in clinical trials" and "if it can provide protection, it might be better for use in vaccine programmes." Source: Reuters
RELATED NEWS

CBSE Board Exam 2021: Check what Central Board of Secondary Education announced for students who tested COVID-19 positive

Good news! everybody above 45 years of age can get Covid-19 vaccination post April 1

About 1,500 of the initial volunteers in a late-stage clinical trial of the Oxford/AstraZeneca COVID-19 vaccine were given the wrong dose, but weren`t informed that a mistake had been made after the blunder was discovered, documents obtained by Reuters show.

Instead, the dosing mishap was presented to the trial participants in a letter dated June 8 as an opportunity for University of Oxford researchers to learn how well the vaccine works at different doses. The letter was signed by the trial`s chief investigator, Oxford professor Andrew J. Pollard, and sent to the trial subjects.

As Reuters reported on Dec. 24, participants were given about a half dose due to a measuring mistake by Oxford researchers. The Pollard letter didn`t acknowledge any error. Nor did it disclose that researchers had reported the issue to British medical regulators, who then told Oxford to add another test group to receive the full dose, in line with the trial`s original plan.

There is no suggestion there was any risk to the health of trial participants.

Much is riding on the British-developed vaccine, which is being rolled out across the UK and has been touted as a low-cost weapon against the pandemic. The jab has come under scrutiny because of the dosing error in the Oxford trial and a paucity of data about its efficacy in older people who are most vulnerable to the virus.

Reuters shared the letter – which it obtained from the university through a Freedom of Information request – with three different experts in medical ethics. The ethicists all said it indicates the researchers may not have been transparent with trial participants. Volunteers in clinical trials are supposed to be kept fully informed about any changes.

"They are not clear at all about what they need to be clear about - what`s going on, what they knew, the rationale for undertaking further research," said Arthur L. Caplan, founding head of the Division of Medical Ethics at New York University Grossman School of Medicine. "It is lost in a snowstorm of verbiage."

Steve Pritchard, a spokesman for Oxford, told Reuters: "The half-dose group was unplanned, but we did know in advance that there was a discrepancy in the dose measurements and discussed this with the regulators before dosing and when the dosing was revised."

Pritchard also said, "We have not stated that a dosing error occurred."

The spokesman`s suggestion that no error was made is contradicted by documents produced last year by Oxford and its vaccine partner, drugs giant AstraZeneca PLC. In December, Reuters reported that a "Global Statistical Analysis Plan" by Oxford/AstraZeneca, dated Nov. 17 and later published in the scientific journal The Lancet, called the dosing discrepancy "a potency miscalculation."

The Health Research Authority, a British government agency responsible for approving medical research and ensuring it is ethical, said in a statement that changes to the study design and the letter sent to participants were approved by one of its ethics committees.

The Oxford/AstraZeneca vaccine recently has received authorization for use in a growing number of countries, including the United Kingdom, the European Union and India. The UK became the first country to approve it, and began rolling out the vaccine on January 4.

But questions surrounding the clinical trials continue to plague the vaccine. Last week, Germany`s vaccine committee recommended it should only be given to people aged under 65, while the EU, which authorized it on Friday for people aged 18 and over, lowered its reported efficacy rate from 70.4% to 60%. In both cases, authorities cited a lack of sufficient data from the clinical trials. The EU also has sharply criticized AstraZeneca for cutting back its planned vaccine deliveries to the continent over the next few months. The company has said it is doing its best to boost supplies.

The mistaken half-dose – which prompted the letter in June to trial participants – continues to be a factor in the reported efficacy of the Oxford/AstraZeneca vaccine.

Oxford had reported interim results in November that showed the efficacy rate for trial subjects who mistakenly received a half-dose and a subsequent full-dose booster shot was 90%, and that the rate for those who received two full doses was 62%. Combining data from the two dosing regimens resulted in an efficacy of 70.4%.

In authorizing the vaccine, UK regulator, the Medicines and Healthcare products Regulatory Agency (MHRA), accepted the pooled results, but didn`t approve administering the half-dose/full-dose regimen. "There is not persuasive evidence of a real difference in" vaccine efficacy between the two different dosing regimens, it said.

The vaccine`s late-stage clinical trial began on May 28. Within days, Oxford researchers realized trial participants had been given lower doses than planned after they displayed milder than expected side effects, such as fever and fatigue. They alerted British medical regulators.

On June 5, the researchers amended the trial protocol at the request of regulators to add a new group that would receive the correct full dose of the vaccine. Three days later, they alerted trial subjects to what they called "recent changes in the study" in a two-page letter attached to an updated 13-page "Participant Information Sheet."

The letter, signed by chief investigator Pollard, stated that researchers "are not sure what dose of vaccine is most likely to be protective against COVID disease" and explained that doses "are measured using standard scientific test methods." It said the late-stage trial participants received a dose measured using one method and that another group will receive a dose measured using a different test to match the dose given in another clinical trial of the vaccine.

It said the lower dose is "still in the normal range of doses that are used in clinical trials" and "if it can provide protection, it might be better for use in vaccine programmes."

Caplan said the explanation would be of "no interest whatsoever to the subject because it`s too technical. To me, that qualifies as gobbledygook. What you want to know is, why are they doing this, we made an error, it involved dosing, we`re not worried about it."

He and other ethicists interviewed by Reuters said researchers are obligated to be forthcoming with test subjects when things go wrong.

"As a letter purporting to explain a) an error and b) a change of protocol I find this entirely inadequate," said Simon Woods, a professor of bioethics at Newcastle University, in an email. "It reads like a routine update (and a complex one at that)."

Emma Cave, a professor of healthcare law at Durham University`s law school, said: "Presenting the dosing variation as a planned change in the study is potentially a breach of trust if in fact the dosing resulted from an error. The letter makes clear the dosing change but not the reason for the change."

CBSE Board Exam 2021: Check what Central Board of Secondary Education announced for students who tested COVID-19 positive

Good news! everybody above 45 years of age can get Covid-19 vaccination post April 1