Madrid, March 2 (IANS) Former FC Barcelona President Josep Maria Bartomeu was arrested along with the club`s general manager, Oscar Gray and the former director to the Presidency, Jayme Masferrer as part of an investigation into a corruption scandal. 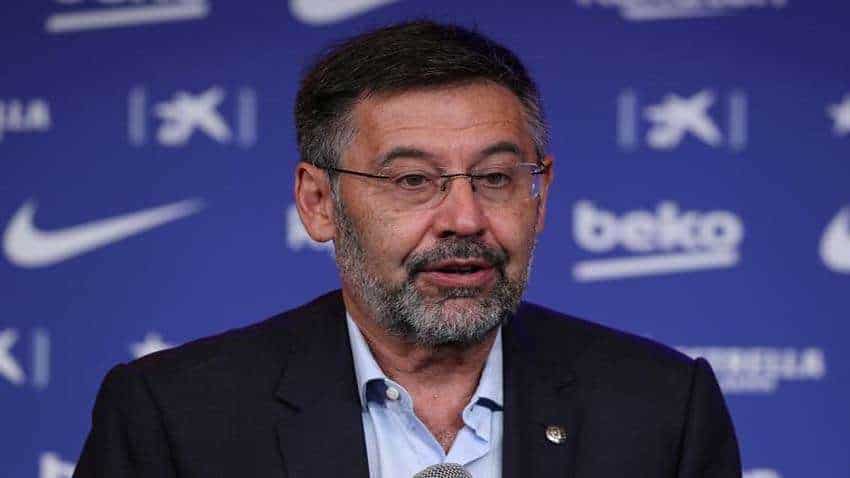 Madrid, March 2 (IANS) Former FC Barcelona President Josep Maria Bartomeu was arrested along with the club`s general manager, Oscar Gray and the former director to the Presidency, Jayme Masferrer as part of an investigation into a corruption scandal.

The arrests took place on Monday as the Catalan regional police searched the offices at the Camp Nou Stadium as part of an investigation into an affair known as `Barcagate`, Xinhua news agency reported.

`Barcagate` broke out in February when the Cadena Ser radio network revealed that the club had used an outside company called "13 Ventures" to criticise the club`s players and rivals of the Board of Directors through a series of social media accounts.

The payments to 13 Ventures are alleged to be six times the usual market price, with payments of around a million euros divided into smaller amounts in order to avoid internal controls.

The online criticism is one reason for the breakdown of the relationship between Bartomeu and star player Leo Messi, who asked for a transfer last summer.

FC Barcelona issued an official communique, saying they had "offered up their full collaboration to the legal and police authorities to help make clear facts which are subject to investigation".

"The information and documentation requested by the judicial police force relate strictly to the facts relative to this case.

"FC Barcelona express its utmost respect for the judicial process in place and for the principle of presumed innocence for the people affected within the remit of this investigation," the communique added.

This operation comes less than a week before Barca is due to hold elections to choose a new President to succeed Bartomeu on March 7 with Joan Laporta, who is a favourite to be returned for a second spell at the head of the club.

Laporta earlier told the media that although he had to presume Bartomeu was innocent, "it is not good news, nor is it a nice piece of news for Barca as this person has been FC Barcelona president... he may not have done a good job, but he was Barca president and it is a shock".