Emily Feng, writing in NPR said that the buyers of an estimated 1.4 million Evergrande units all over China are now uncertain whether the properties they paid for will ever be built. 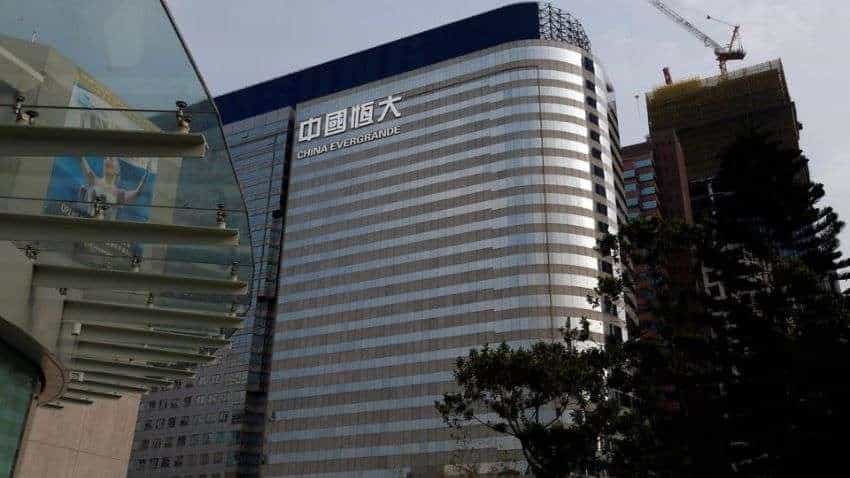 Emily Feng, writing in NPR said that the buyers of an estimated 1.4 million Evergrande units all over China are now uncertain whether the properties they paid for will ever be built.

Dozens of angry and worried investors picketed Evergrande`s headquarters in the southern city of Shenzhen for weeks.

They had bought investment products from Evergrande that now look nearly worthless, as its Hong Kong-listed stock plummeted by nearly 90 per cent in value this year.

Evergrande is set to default on at least one tranche of bond interest payments totalling around USD 120 million, due at the end of September.

It owes a total of USD 368 billion in loans to banks, as well as liabilities to contractors and suppliers, said Emily Feng.

The financial woes are contrary to the two competing objectives for China`s Communist Party: force China`s private sector away from speculative and risky lending practices that pushed debt to dangerous levels, while avoiding a financial meltdown and the collapse of the property sector, in which more than 70 per cent of the nation`s urban wealth is locked up.

"This is a part of long-term fiscal reform to de-risk, deleverage, and to shift away from [local government] land financing. These two goals are a good thing," says Bo Zhuang, the chief China economist at Loomis Sayles, an investment firm.

"But there`s a risk of further spill-over to other developers, potentially causing a banking crisis or debt crisis."

It took out loans that often carried double-digit interest rates and gambled that its sales of yet-to-be-built apartments would be high enough to service ballooning debt, reported NPR.

Financial regulators tolerated these risky lending practices because of how developers such as Evergrande helped generate huge amounts of property wealth, as well as land sale revenues for local governments while turning millions of citizens into homeowners.

The Chinese state has strongly indicated it will no longer allow developers like Evergrande to take out loans it cannot pay back and sell investment apartments no one needs just to raise housing prices.

Policymakers have also signalled that they will push local governments to reduce their financial dependence on selling land for revenue -- one of the key drivers behind China`s property boom, said Emily Feng.

An economic slowdown brought on by the COVID-19 pandemic was already dragging down property purchases.

These rules took some buyers by surprise.

"We only learned of the new limits after my mother had already signed a contract with Evergrande. If the company knew of the rules at the time, why did they have us pay for the apartment?" says one Shanghai resident whose mother bought a unit in Evergrande`s Taicang project while already owning a second home in the city.

Her purchase is illegal under the new rules, which is why the resident asked that NPR not use his name.

He is now trying to claw back his mother`s down payment.

Last year, Beijing also implemented its "three red lines" policy, the number referring to three strict caps placed on the ratio of debt a property developer can hold in relation to its assets, equity and cash on hand.

Under this combination of new rules, Evergrande could not sell enough apartments fast enough to pay back its debts at the pace mandated by regulators, said Emily Feng.

One question is whether pushing Evergrande to shape up may actually destabilize the whole Chinese banking system.

Buyers are so spooked over Evergrande that other developers are now seeing falling property sales and plunging stock prices, potentially setting off more property defaults in China.

Global stock markets have been roiling from the uncertainty as well.

This month, the Dow Jones Industrial Average had its worst performance since July, and the S&P 500 and Nasdaq composite were at their lowest since May.

Government regulators are now trying to find other companies that can buy out Evergrande and its assets before its woes spread.

But they are running out of time to contain the potential economic fallout.

That is because Evergrande does not only owe loans to banks.

It also has unpaid bills totalling about USD 300 billion owed to contractors and suppliers -- which are now also facing economic hardship, reported NPR.