Indian chefs are called out by organisers of annual 100,000 Euros Basque Culinary World Prize to join in and showcase the country's exceptional skills. 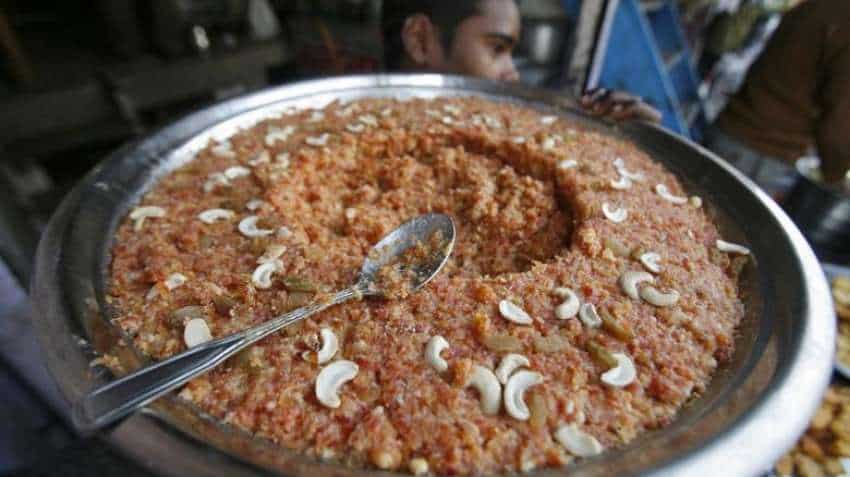 Basque Culinary World Prize issued a call-out for Indian chef nominees to join in and showcase the country's exceptional skills beyond the kitchen. Photo:Reuters
Written By: PTI

The organisers of the annual 100,000 Euros Basque Culinary World Prize issued a call-out for Indian chef nominees to join in and showcase the country's exceptional skills beyond the kitchen.

The prestigious European prize in the field of gastronomy, now in its fifth year, celebrates the impact gastronomy can have when chefs use their creativity, knowledge, leadership and entrepreneurship to generate change within society.

The Basque Culinary Centre in San Sebastian in Spain, which collaborates with the Basque government on the annual prize, said that it is keen to reach out to India because of the country's long tradition of using culinary means to make an impact on society.

In this 5th edition of the Basque Culinary World Prize we want to consolidate said phenomenon through stories and actors that will demonstrate the active role that chefs have as agents of social change.

In India, there is a long tradition of this work, which is why we invite everyone in the Indian gatronomic community to nominate an inspiring chef who can claim concrete achievements beyond the kitchen,he said.

Professionals and institutions in the field have until May 4 to send in nominations, with the winner's announcement set for September in Japan at an event hosted by two-Michelin star chef and prize jury member Yoshihiro Narisawa.

An interdisciplinary jury, made up of some of the most influential chefs in the world, will select the winner together with academics and international experts from 10 finalists chosen by a technical committee.

The winner will receive 100,000 Euros which they will devote to an initiative of their choice that reflects the ethos of the prize ? the transformative power of gastronomy.

The prize is created and awarded by the Basque government in collaboration with Basque Culinary Centre as part of a comprehensive strategy for the Basque Country ? an autonomous region in northern Spain.

In 2019, American chef Anthony Myint won the prize for using cooking to tackle the enormous challenge of climate change.

Based in San Francisco, he leads initiatives such as ZeroFoodprint that draw attention to the environmental impact of restaurants and provide tools for chefs to reduce or eliminate their business' carbon footprint, regardless of location.