US futures were pointing to another Nasdaq drop later too amid worries that Donald Trump`s long-promised tax cuts -- which took a big step forward on Monday -- could strip tech firms of some of their R&D tax breaks. 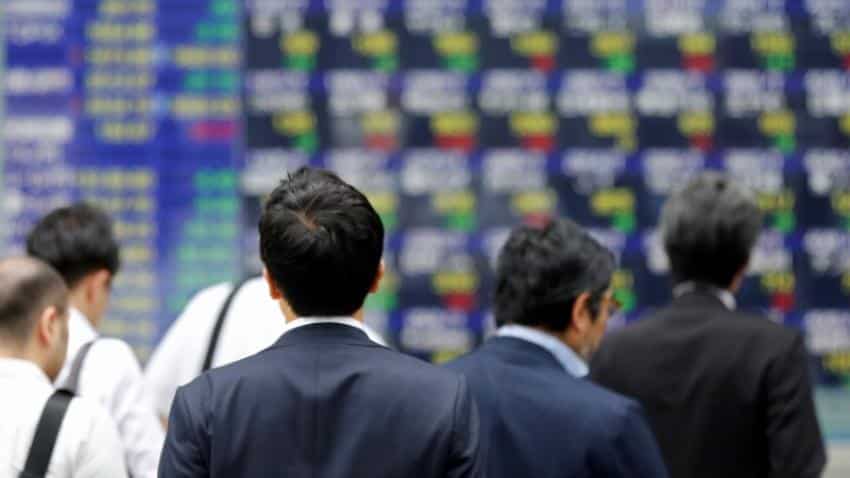 European stocks were sucked into an increasingly global sell-off on Tuesday, as a rout in metals struck down miners and high-flying tech stocks suffered another sharp loss of altitude. Image source: Reuters

European stocks were sucked into an increasingly global sell-off on Tuesday, as a rout in metals struck down miners and high-flying tech stocks suffered another sharp loss of altitude.

London`s FTSE was almost alone in showing resistance as the weaker pound again provided support, while even data showing a strong end to the year for most of the euro zone`s big economies could not prevent falls elsewhere.

U.S. futures were pointing to another Nasdaq drop later too amid worries that Donald Trump`s long-promised tax cuts -- which took a big step forward on Monday -- could strip tech firms of some of their R&D tax breaks.

"We are now looking at the reconciliation of the two U.S. tax bills," said Rabobank Philip Marey, highlighting the tax credits issue for R&D work.

"Now the bills are out you will get a lot of lobbying, so I do think this will be altered, but it doesn`t help confidence."

Other uncertainties included the possibility of a partial U.S. government shutdown as early as Friday for funding reasons and the various scandals swirling around Trump`s administration, though there was plenty else to underpin risk appetite.

The early blitz of European data included the best Spanish industrial production numbers in 14 months, a rebound by Italy`s services sector, a private sector jump in Sweden and signs of a hiring boom in France.

It was scuffed slightly by a drop in euro zone retail sales though data out of China overnight had also shown growth in its burgeoning services sector at a three-month high.

"The euro zone enjoyed a bumper November, setting the scene for a buoyant end to the year," said Chris Williamson, chief business economist at IHS Markit, which compiles the PMI data.

IHS Markit`s final composite Purchasing Managers` Index for the euro zone, seen as a good guide to growth, was confirmed at an earlier flash reading of 57.5, up from October`s 56.0.

"Given the strength of order book growth and hiring, as well as the elevated level of business optimism, the euro zone should start the New Year on a solid footing," Williamson said.

The pound hogged most of the action in the currency markets after a Brexit divorce deal with the European Union was thwarted by the Northern Irish party that props up Prime Minister Theresa May`s minority government over border concerns.

Sterling briefly skidded back under $1.34 and as far as 88.68 pence per euro. Another sharp drop in UK car buying had also dampened the mood though analysts said the pound`s drop might only be temporary.

"The immediate fallout should be limited as markets have become well versed with the idea that Brexit won`t be solved overnight," said ING. "We remain constructive on GBP."

Going in the other direction, the Australian dollar hit a three-week high of $0.7654 as retail sales there bounced and the central bank gave an upbeat assessment of the economy as it kept its interest rates at 1.5 percent.

In bond markets, U.S. Treasuries were still lingering below 2.4 percent, while the euro zone data and signs the ECB`s bond buying continues to have favourites cut the Italian-German spread to its smallest in more than a year.

France and Italy each enjoyed ECB purchases last month that were nearly a billion euros above their `capital key` at 10.439 billion euros and 9.077 billion euros. The capital key is the method by which the ECB buys government bonds for its stimulus in relation to the size of the economy of each member state.

"The latest ECB buying data underscores the flexibility of the scheme that tends to benefit the periphery," said Commerzbank rates strategist Christoph Rieger.

The day`s other significant moves came in metals markets. Copper , which is often jumpy around key China data, dropped over 2 percent to a near two-month low, while nickel took a similar hit and zinc dropped 1 percent.

That was despite UBS raising its forecast for electric vehicles, which eventually led to an upgrade in the 2020-2021 nickel outlook. The Swiss brokerage warned, however, that there remained a vast inventory pile of the metal and its ore.

Oil dipped slightly too after falling more than 1 percent on Monday, buoyed by expectations of a drop in U.S. crude stockpiles and after last week`s deal between OPEC and other crude producers to extend output curbs.

Some market players fear the killing of former Yemeni president Ali Abdullah Saleh on Monday may destabilise the impoverished and worn-torn country even further, threatening the safety of a major shipping route through the Strait of Bab al-Mandeb on the Red Sea off the Yemeni coast.

Why global markets are rallying amid downturn in growth? DECODED