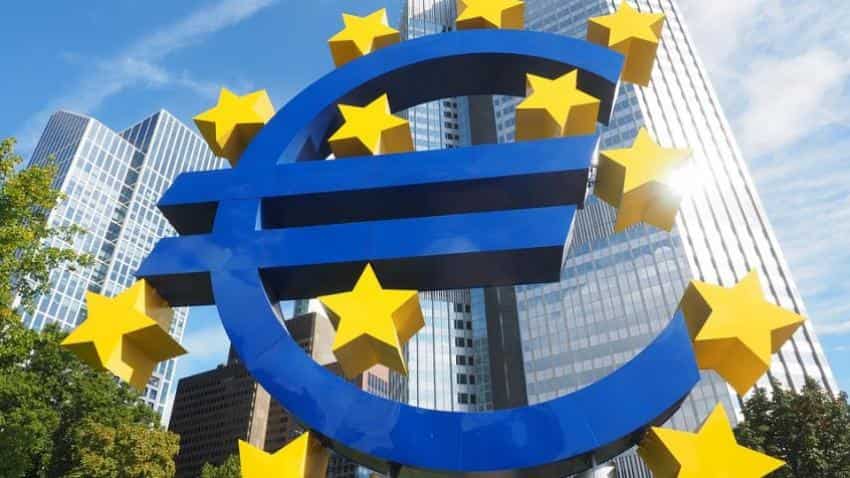 Businesses across the euro zone are ending 2017 on a near seven-year high, with demand and price pressures picking up and forward-looking indicators pointing to a busy start to 2018.

The results of a key private sector survey on Thursday were better than economists polled by Reuters expected, with factories marking their best month in the survey`s two-decade history while services activity also accelerated.

December`s upbeat numbers come the month before the European Central Bank is set to cut in half its monthly asset purchases to 30 billion euros. The ECB meets later today and is likely to bump up some economic forecasts.

Despite a decade of ultra-loose policy, the ECB has failed to get inflation up to its target of just under 2 percent. So evidence in the latest survey of continuing price pressures, although a bit weaker than in November, will be welcomed.

IHS Markit`s composite flash Purchasing Managers` Index for the euro zone climbed to 58.0 this month, its highest since February 2011 and confounding the median forecast in a Reuters poll for a fall to 57.2 from a final November reading of 57.5.

Anything above 50 indicates growth.

"The rise in the euro zone composite PMI caps off a strong year and puts the economy on a very firm footing for the start of 2018," said Stephen Brown at Capital Economics.

"Ahead of the ECB`s meeting later today, policymakers will therefore be encouraged that the latest signals point to broad-based growth across the region."

The euro zone economy as a whole likely expanded 0.8 percent this quarter, IHS Markit said. If correct, that would be the strongest official quarterly growth rate since early 2015.

"Fourth-quarter GDP growth is set up to be a beauty," said Bert Colijn at ING.

"GOOD TIMES AHEAD"
Growth in new business touched a level not seen in over a decade, with the new orders sub-index rising to 57.9 from 57.3. Firms increased headcount at one of the fastest rates in the survey`s near 20-year history too.

The PMI covering the bloc`s dominant service industry confounded a forecast for a slight dip to 56.0, instead rising from November`s 56.2 to 56.5, the highest since April 2011.

That pushed up the business expectations gauge to a three-month high of 65.6 from 64.8.

A manufacturing PMI also beat expectations, bouncing to a record high of 60.6 from 60.1, confounding forecasts for a fall to 59.8.

An index measuring output, which feeds into the composite PMI, rose to 62.0 from 61.0 -- the highest since April 2000. It has only been above that level once before.

Factories also built up supplies of raw materials at the third-fastest rate recorded, suggesting businesses expect demand to increase. The stocks of purchases index rose to 52.3 from 52.1, not seen since early 1998.

"Current demand is very strong ... and companies are building up for good times ahead," said Chris Williamson, chief business economist at IHS Markit.