Describing the U.S. tariffs as "illegal" and contravening World Trade Organization (WTO) rules, Malmstrom said there was no option but to take retaliatory action to protect European interests and jobs. 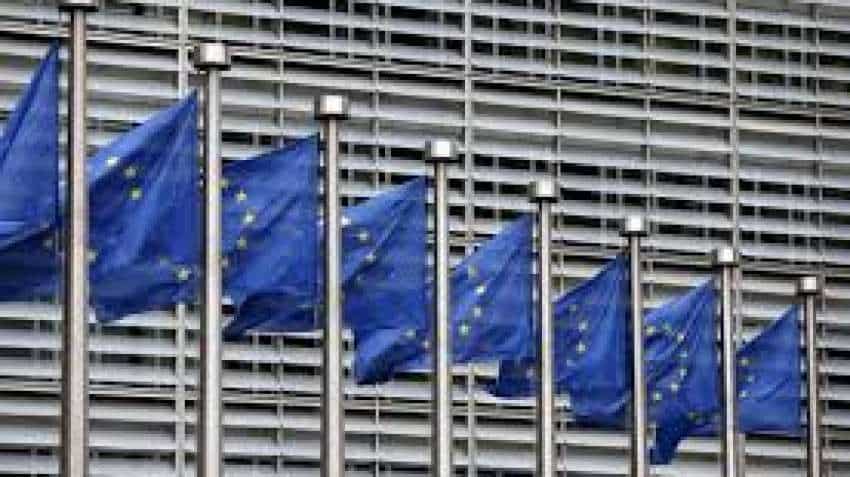 The European Union will begin charging import duties of 25 percent on a range of U.S. products on Friday, in response to U.S tariffs put on EU steel and aluminium early this month. Image source: Reuters
Written By: Reuters
RELATED NEWS

The European Union is ready to engage with the United States to solve a trade row triggered by its decision to impose tariffs on European metals, E.U. Trade Commissioner Cecilia Malmstrom said on Thursday.

Describing the U.S. tariffs as "illegal" and contravening World Trade Organization (WTO) rules, Malmstrom said there was no option but to take retaliatory action to protect European interests and jobs.

"We are always open to talk with the U.S. The whole EU is based on the idea that we talk," she told a seminar.

The European Union will begin charging import duties of 25 percent on a range of U.S. products on Friday, in response to U.S tariffs put on EU steel and aluminium early this month, Malmstrom said.

The United States, after imposing punitive tariffs on a number of its top trading partners, this week threatened China with further duties on $200 billion worth of trade, escalating a conflict that has already drawn retaliatory steps from around the world.

Visiting New Zealand to begin talks on a free-trade agreement, Malmstrom sought its support to stand up for an open, rule-based trade system that she said was under threat from escalating friction between the United States and other major economies.

Malmstrom said she was "very worried" about the situation, as it could escalate into a "full trade war" that would disrupt global supply chains and damage the world economy.

She also took a swipe at U.S. President Donald Trump`s protectionist policies, voicing concern that some countries were "acting outside" rules agreed upon jointly at the World Trade Organization (WTO).

"New Zealand is a friend, an ally. Together we stand up for common values ... of sustainable trade, open trade, transparent trade, and trade that is done in compliance with international rules in the multilateral system," Malmstrom told a news conference after meeting New Zealand trade minister David Parker.

"We know that today that is put into question," she said.

The first round of negotiations on the free-trade agreement between the European Union and New Zealand will be held in Brussels on July 16-20.

Malmstrom said that while WTO rules were not perfect, they have served the global economy well and benefited countries including the United States.

"It`s not dying, but it is need of modernisation," she said of the WTO rules-based trade system, adding that Europe would work together with like-minded countries to work out new rules within the WTO.

New Zealand is a strong advocate of free trade, and pushed hard with Japan for renegotiating a Trans-Pacific Partnership (TPP) deal after Trump`s decision to pull the United States out.

New Zealand was the first Western country to sign a free-trade agreement with China.