Chief Executive Elon Musk said on Tuesday he is considering taking Tesla Inc private in what would be the largest deal of its type, moving the electric car maker out of the glare of Wall Street as it goes through a period of rapid growth under tight financial constraints. 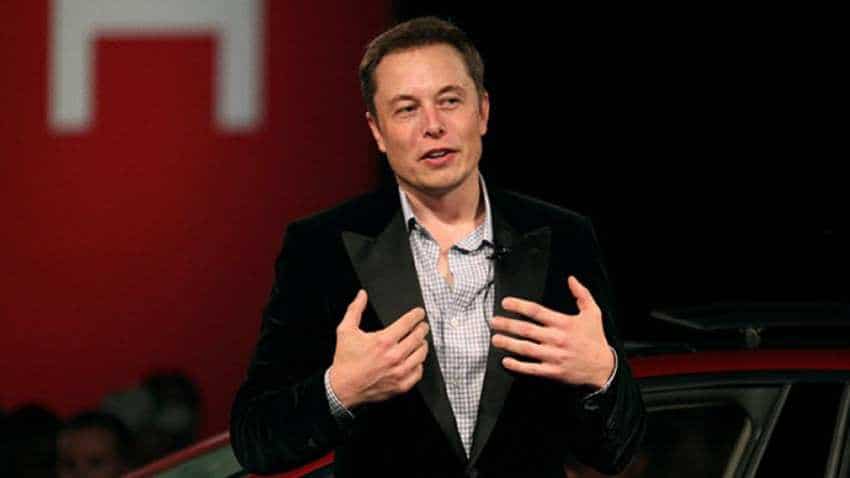 Elon Musk said on Tuesday he is considering taking Tesla Inc private in what would be the largest deal of its type. Image source: Reuters
Written By: Reuters
RELATED NEWS

Chief Executive Elon Musk said on Tuesday he is considering taking Tesla Inc private in what would be the largest deal of its type, moving the electric car maker out of the glare of Wall Street as it goes through a period of rapid growth under tight financial constraints.

"Am considering taking Tesla private at $420. Funding secured," Musk said on Twitter. At $420 per share, a deal would be worth $72 billion overall.

In a letter to Tesla employees published more than an hour later on the company`s blog, Musk explained that going private would be "the best path forward." Such a move - over which no final decision had been made - would let Tesla "operate at its best, free from as much distraction and short-term thinking as possible," he wrote.

Tesla shares closed up 11 percent at $379.57, slightly below their all-time high.

Asked on Twitter whether Musk would continue to be CEO under such a scenario, he replied there would be "no change."

Musk has been under intense pressure this year to turn his money-losing, debt-laden company into a profitable higher-volume manufacturer, a prospect that has sent Tesla`s valuation higher than that of General Motors Co .

The company is still working its way out of what Musk called "production hell" at its home factory in Fremont, California, where a series of manufacturing challenges delayed the ramp-up of production of its new Model 3 sedan, on which the company`s profitability rests.

The Silicon Valley company faces a make-or-break moment in its eight-year history as a public company as competition from European automakers is poised to intensify with new electric vehicles from Audi and Jaguar, with more rivals to follow suit next year.

Meanwhile, Tesla has announced plans to build a factory in Shanghai, China, and another in Europe, but details are scarce and funding unknown.

Going private is one way to avoid close scrutiny by the public market as Musk and the company face those challenges. Musk has feuded publicly with regulators, critics, short sellers and reporters, and some analysts suggested that less transparency would be welcomed by Musk.

Musk owns nearly 20 percent of the company. He said in his letter to employees he did not seek to expand his ownership.

A price of $420 per share would represent a nearly 23 percent premium to Tesla`s closing price on Monday, which gave the company a market value of about $58 billion.

In his letter, Musk suggested a choice for shareholders of selling their shares for $420 each or remaining investors in a private Tesla. He said he hoped all current investors would remain were the company to go private.

He made no mention in his tweets nor his letter where the funding for a deal would come from, and the letter did not discuss funding for the plan.

Like any other investor, Musk is beholden to securities laws and several securities attorneys told Reuters he potentially could face lawsuits if it was proven he did not have secure financing at the time of his tweet.

The stock move could give Tesla some debt relief. It drove $2.3 billion of convertible debt past the level at which investors can swap it for stock at a profit; if that happens Tesla will not have to pay back the debt with cash.

BIGGEST GO-PRIVATE DEAL
If Musk were to succeed in taking Tesla private, it would be the largest leveraged buyout of all time, beating the record set by the $45 billion deal for Texas power utility Energy Future Holdings, which ended in bankruptcy in 2014.

Raising both the debt and equity required for such a deal would be a challenge. Many major Wall Street bankers contacted by Reuters said on condition of anonymity they were not aware of Musk`s plans ahead of his tweets, and several expressed scepticism that a leveraged buyout of Tesla could be financed given the company`s negative cash flow.

"It`s unfathomable to me that anyone would finance the acquisition of such a liability-laden company that is losing so much money and have massive capex requirements going forward," said Mark Spiegel, portfolio manager of hedge fund Stanphyl Capital Partners, who holds a short position in Tesla and has been a vocal critic of Musk on Twitter.

The most obvious equity partners for Musk would be a sovereign wealth fund such as Saudi Arabia`s Public Investment Fund (PIF) or major technology investment funds such as SoftBank Group Corp`s Vision Fund, bankers said.

China`s Tencent Holdings, which took a 5 percent stake in Tesla last year, is another possible partner.

Such foreign sources of capital would be subject to scrutiny by the Committee on Foreign Investment in the United States (CFIUS), which looks closely at deals for potential national security risks.

Earlier on Tuesday, a source familiar with the matter said Saudi Arabia`s PIF had bought a minority stake of just below 5 percent in Tesla.

UNORTHODOX ANNOUNCEMENT
The U.S. Securities and Exchange Commission declined to comment on Musk`s tweet, but the agency allows companies to use social media outlets like Twitter to announce key information in compliance with its fair disclosure rules if investors are alerted about which social media outlets will be used.

In his letter to employees, Musk wrote that, "as the most shorted stock in the history of the stock market, being public means that there are large numbers of people who have the incentive to attack the company."

A short squeeze is a trading scenario that occurs from time to time in heavily shorted stocks, when bearish traders are forced to buy shares to avoid big losses - something that ends up pushing the stock only higher.

Short interest in Tesla on Tuesday stood at nearly $13 billion, according to S3 Partners, a financial analytics firm.