Trump`s remarks about India are meant for his voter base. Kentucky is the major US producer of whiskey and he carried it with over 62 percent of the votes in the 2016 elections. He also won in Wisconsin, Missouri and Pennsylvania, where Harley-Davidsons are made. That brand is popular among his base of white men. 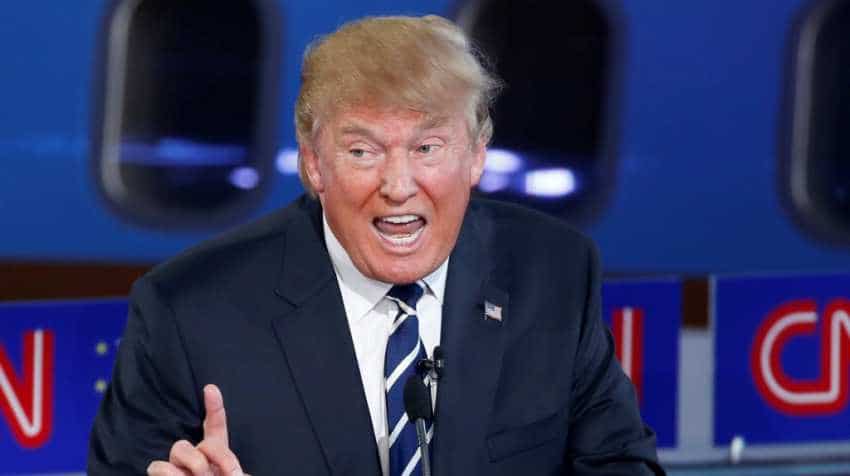 Trump also brought up India`s duty on Harley-Davidson motorcycles, one of his pet peeves that he has aired several times. Image source: Reuters

President Donald Trump has taken aim at the 150 per cent customs duty he says India charges on whiskey imported from the US as he pushes for a law to impose reciprocity in tariffs in his battle to cut trade deficits. At a meeting on Thursday with Republican lawmakers and his officials on the Reciprocal Trade Act he is proposing, he listed the tariffs on several items when they are imported into the US and exported by it to other countries as examples of unfairness.

He said: "India, as an example, has a 150 percent - hard to believe - tariff on whiskey. They make whiskey, and they sell it to us. We charge them zero. We sell it to them, they charge us 150 per cent. So I would say, other than that, it`s a very fair deal. Okay?"

That was greeted by laughter from those at the meeting, according to a White House transcript of his speech.

He did not say if he was going to hike duty on Indian whiskey to match what India charges on US import.

He also brought up India`s duty on Harley-Davidson motorcycles, one of his pet peeves that he has aired several times.

He added sarcastically: "Again, other than that, it`s a very fair deal."

Trump`s Reciprocal Trade Act is opposed by many in his own party because they feel it would restrict trade, and by many Democrats who don`t want to give him more powers to set tariffs as the proposed legislation would.

But Republican Representative Sean Duffy introduced the legislation in the Democrat-controlled House on Thursday.

Trump`s remarks about India are meant for his voter base. Kentucky is the major US producer of whiskey and he carried it with over 62 percent of the votes in the 2016 elections. He also won in Wisconsin, Missouri and Pennsylvania, where Harley-Davidsons are made. That brand is popular among his base of white men.

Trump blamed his predecessors for the overall trade deficit of $800 billion and said: "The Reciprocal Trade Act will give us the tools to solve this problem once and for all."

Under the act, the US will place the same tariff on imports that a foreign country puts on export from the US, he added.

Trump announced in March tariffs of 10 per cent on aluminum and 25 per cent on steel imports from India but has deferred them.

India announced in June that it would retaliate and increase duties on 29 categories of imports from the US but has held off from imposing them.

The highest increases, from 30 percent to 120 percent, were to be on walnuts that are grown in California, a staunchly Democratic state.

US Commerce Secretary Wilbur Ross is scheduled to visit India next month for bilateral dialogue and a meeting of the India-US CEO`s forum.

In October, Trump said that he had great relations with Prime Minister Narendra Modi and that he was going to reduce tariffs on US imports.

He said that none of the previous presidents or trade representatives had spoken to India about the high tariffs and asserted that Modi told him that "nobody ever spoke to me" about them.

Whether Harley-Davidson actually pays the 50 percent duty is questionable because it makes the motorcycles in a Haryana factory and they are treated as domestic products. The tax on imported parts is in the range of 15 percent or less.

If India dropped the tariffs on the larger motorcycles that are charged 50 percent tariff, not Harley-Davidson, but others that don`t manufacture in India will benefit, contrary to Trump`s expectations.

Also, till February last year when the duty on imported bikes was dropped uniformly to 50 per cent, the highest tariff India charged was 75 per cent and it was on those with capacities of 800cc or more.