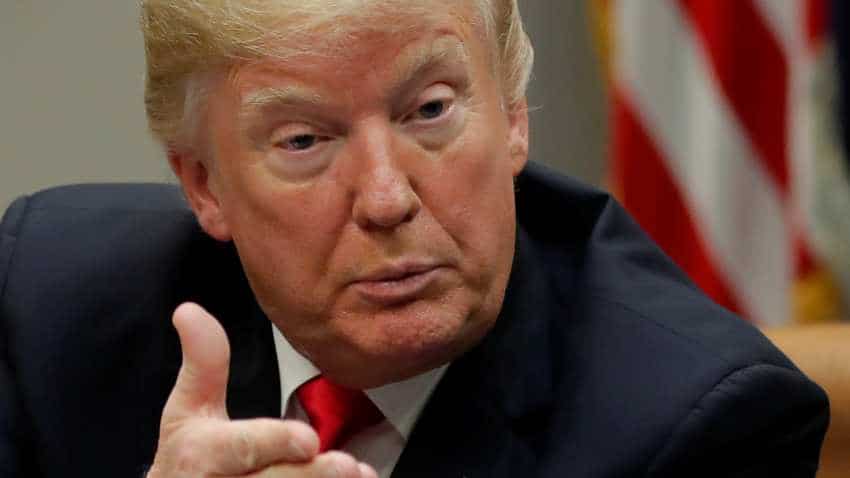 Reacting to the announcement, Dieter Kempf, head of the German industrial federation, said "cars do not threaten the national security of the United States." Image source: Trump

President Donald Trump on Friday announced a six-month delay in imposing steep tariffs on auto imports, seeking to pressure Europe and Japan into bargaining table concessions on trade. The decision marked a temporary reprieve from what would have been a sizable escalation in Trump's multi-front trade wars.

Trump's threat targets a major chunk of global economic activity with profound disruptions. Hundreds of billions of dollars in autos are manufactured, shipped and sold internationally every year. In a proclamation, the president directed US Trade Representative Robert Lighthizer to update him within 180 days on the outcome of negotiations with the EU, Japan and "any other country" Lighthizer deems appropriate.

By leaving the threat of tariffs hanging, Trump's move raises the temperature in European capitals already angered by the imposition of punishing US duties on steel and aluminum last year.

Despite the decision, Trump continued his attacks on EU trade policy. "The European Union treats us, I'd say, worse than China -- they're just smaller," Trump said at an event. "They don't want our farmers, they don't want our cars... They send Mercedes-Benz here like they're cookies," Trump said, adding that "they take advantage of us on trade." "We all love Europe but it's not fair."

In response to the US metal tariffs, the EU last year imposed stinging duties on American exports like motorcycles, orange juice, whiskey and blue jeans, and threatened to retaliate further should the auto tariffs be imposed.

European Trade Commissioner Cecilia Malmstrom confirmed an existing offer that "the EU is prepared to negotiate a limited trade agreement including cars." The six-month delay had been expected this week as industry sources confirmed media reports that Trump would hold off -- delighting markets which had feared sharp economic consequences of such a move.

In his proclamation, Trump described the US auto sector as facing decline due to unfair foreign competition. A report by Commerce Secretary Wilbur Ross concluded that America's shrinking share of the auto market jeopardized its research, development and manufacturing -- all "vital to national security," according to Trump.

In a conclusion likely to invite challenges from manufacturers and industry analysts, Trump said America's defense industrial base relied on the domestic auto sector for technological advances essential to US "military superiority."

Citing Ross's conclusions, Trump pointed to a doubling of US imports over the last 34 years but accused Europe and Japan of raising "significant barriers" to accepting American exports in return.

In that same period, the domestic market share of American-owned manufacturers fell to just 22 percent from 67 percent, he said. "In light of all of these factors, domestic conditions of competition must be improved by reducing imports," Trump said.

Reacting to the announcement, Dieter Kempf, head of the German industrial federation, said "cars do not threaten the national security of the United States." Japanese automaker Toyota, which has factories and research centers in the United States also strongly rejected the notion.

"Today's proclamation sends a message to Toyota that our investments are not welcomed, and the contributions from each of our employees across America are not valued," a statement read.

"If import quotas are imposed, the biggest losers will be consumers who will pay more and have fewer vehicle choices." Charlie Chesbrough, senior economist at Cox Automotive, said that by jacking up tariffs on $200 billion worth of Chinese merchandise last week Trump had shown Brussels his tariff threats were not idle.

"I think it's a signal to everybody that he means business," Chesbrough told AFP. "I think in general it's a good news story in that it buys the industry a little more time to try to get the president to change his mind about the tariffs." The United States imported almost $200 billion worth of autos in 2017, according to the proclamation.

But, while foreign-branded cars are popular in the United States, many automakers have championed their US-based manufacturing operations in places like Alabama, Kentucky and South Carolina.