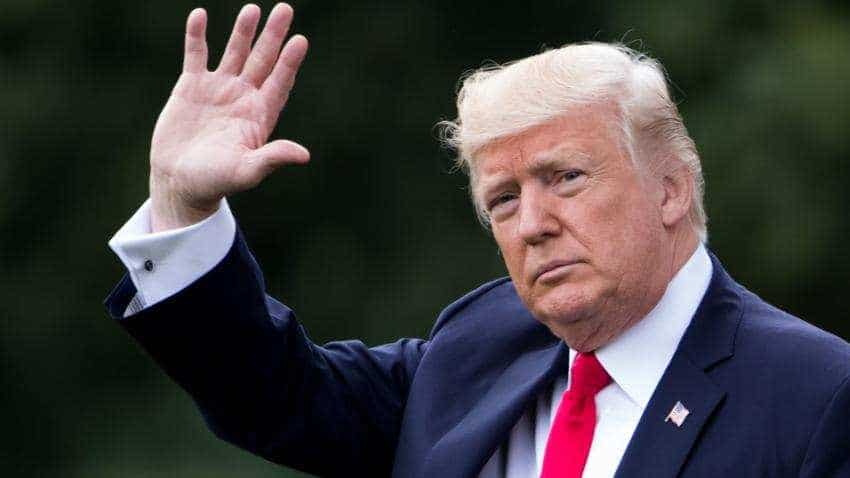 President Donald Trump backed boycotting American motorcycle manufacturer Harley Davidson Inc on Sunday, the latest salvo in a dispute between the company and Trump over tariffs on steel.

The Wisconsin-based motorcycle manufacturer announced a plan earlier this year to move production of motorcycles for the European Union from the United States to its overseas facilities to avoid the tariffs imposed by the trading bloc in retaliation for Trump`s duties on steel and aluminum imports.

In response, Trump has criticized Harley Davidson, calling for higher, targeted taxes and threatening to lure foreign producers to the United States to increase competition.

"Many @harleydavidson owners plan to boycott the company if manufacturing moves overseas. Great! Most other companies are coming in our direction, including Harley competitors. A really bad move! U.S. will soon have a level playing field, or better," Trump said in a Twitter post.

Harley Davidson has repeatedly declined to comment on Trump`s remarks over the course of the dispute. The company could not be immediately reached for comment on Sunday.

Harley has forecast that the EU tariffs would cost the company about $30 million to $45 million for the remainder of 2018 and $90 million to $100 million on a full-year basis.

Trump met Saturday with a group of bikers who support him, posing for pictures with about 180 bikers at his golf resort in Bedminster, New Jersey, where he is on vacation.

Motorcycle companies based outside the United States include Japan`s Honda Motor Co Ltd and Yamaha Corp, Europe`s BMW and Ducati as well as India`s Hero MotoCorp Ltd, Bajaj Auto Ltd, among others.