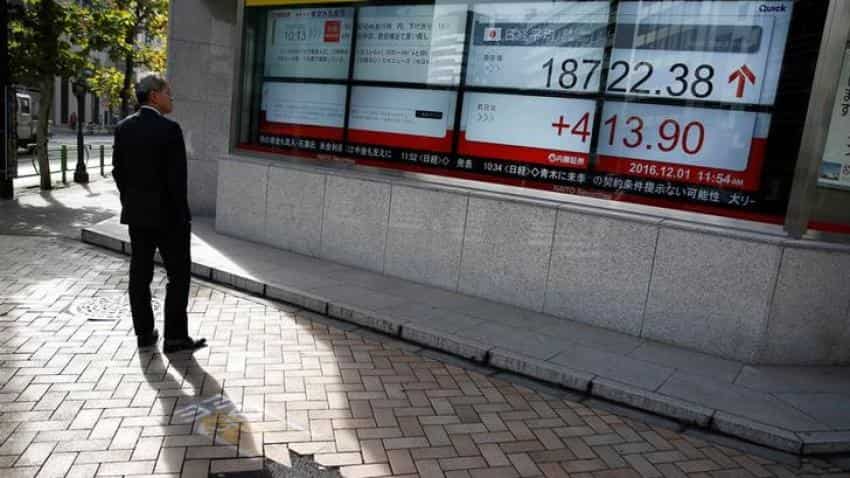 The dollar extended its overnight gains in early Asian trade on Friday on signs of strong U.S. economic growth, while the euro inched up after sliding overnight on data suggesting slowing growth in Europe.

Stock markets in Asia were off a bit despite solid gains on Wall Street as investors awaited China`s official manufacturing purchasing managers index data for March.

The focus will be on whether the uptick in activity over the past few months holds up. The data is expected at 0100 GMT.

MSCI`s broadest index of Asia-Pacific shares outside Japan retreated 0.2%, poised to post an almost 13% gain for the first three months of the year.

Japan`s Nikkei jumped 0.5% after Japanese core consumer prices rose 0.2% in February. While that is the fastest annual pace in nearly two years, it is still a far cry from the central bank`s 2% target.

The Japanese benchmark is set to end the first quarter up 0.3%. "The prospect of unpredictable flows in the foreign exchange, bond and equity markets is high as we head into the last day of the month, and more importantly, quarter end," Chris Weston, chief market strategist at IG in Melbourne, wrote in a note.

The South African rand dropped to a seven-week low after President Jacob Zuma sacked finance minister Pravin Gordhan in a cabinet reshuffle after days of speculation that has rocked the country`s markets and currency, replacing him with home affairs head Malusi Gigaba.

A statement from the president`s office just after midnight on Thursday said Zuma had also appointed Sfiso Buthelezi as Deputy Finance Minister replacing Mcebisi Jonas. The dollar was up 1.1% at 13.44356 rand, on track to end the week more than 8% higher.

The upbeat data also helped lift the dollar, which pulled back slightly early on Friday. The dollar index, which tracks the greenback against a basket of six peers, rose almost 0.1% to 100.47, after hitting Thursday`s two-week high of 100.6 again. Despite this week`s gains - it is up almost 1.7% since Monday`s four-month low - the greenback is set to end the quarter 1.7% lower.

Data showed German and Spanish consumer inflation slowed more than expected in March on a pull back in oil prices, disappointing investors who were hoping for a winddown of the European Central Bank`s monetary stimulus.

In commodities, oil prices retreated early on Friday. U.S. crude slipped 0.2% to $50.25 a barrel. On Thursday, it closed 1.7% higher after zipping to a three-week-high earlier in the session after Kuwait backed an extension of OPEC production cuts to ease a global glut. It is heading for a 6.4% loss for the week.