Dollar edges lower as US jobs-inspired rally fizzles out

The dollar inched lower on Friday, giving up gains fuelled by a generally solid US jobs report that slightly underperformed expectations. 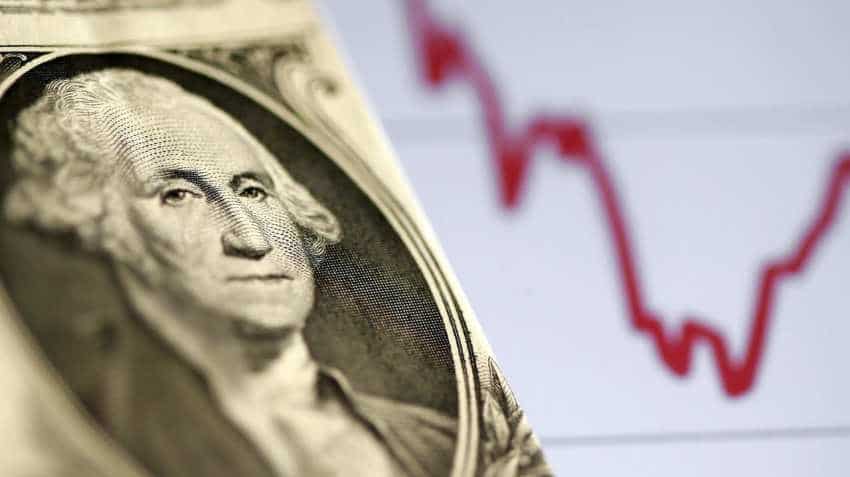 The dollar was down roughly 1% against the yen this week, its worst weekly percentage loss in two months. Photo: Reuters
Written By: Reuters
RELATED NEWS

The dollar inched lower on Friday, giving up gains fuelled by a generally solid US jobs report that slightly underperformed expectations, as investors worried about political risk in the United States and ongoing trade talks with China. The greenback hit session highs against the Japanese yen and euro following the jobs report, after trading lower for most of the session. But by afternoon trading, the dollar`s rally faded.

The dollar was down roughly 1% against the yen this week, its worst weekly percentage loss in two months. Data showed US nonfarm payrolls increased by 136,000 jobs last month. August data was revised to show 168,000 jobs created instead of the previously reported 130,000. Economists polled by Reuters had forecast payrolls would increase by 145,000 jobs in September. The unemployment rate dropped to a near 50-year low of 3.5%.

"Given that market expectations have shifted after the ADP (private payrolls) and ISM (manufacturing and services), people were bracing for something worse than this," said Shaun Osborne, chief market strategist, at Scotiabank in Toronto.

Data from the U.S. payrolls processor ADP showed the US private sector jobs added 135,000 jobs last month, below the 140,000 forecast, suggesting trade tensions, which have pressured manufacturing, could be spilling over to the labour market.

On Thursday, a survey from the Institute for Supply Management (ISM) showed its non-manufacturing activity index in September falling to the lowest since August 2016.

The non-manufacturing data came on the heels of ISM`s manufacturing survey on Tuesday that showed activity plunging to more than 10-year lows.

"There are other issues here for the dollar aside from the Fed easing, such as the U.S. political backdrop. And we`re still looking at the funding tightness issue," Osborne said.

A drop in U.S. unemployment in September pushed traders of U.S. short-term interest rate futures on Friday to pare bets the Federal Reserve will cut rates at both of its two upcoming meetings.

"Things are not that great for the U.S. economy. The job market is clearly slowing down," said John Velis, global macro strategist, at BNY Mellon in New York.

"So my central view is that we are really weakening globally and within the United States. There`s nothing in the jobs report that suggests to me that that`s not the right view."

The jobs report`s positive impact, however, was short-lived as investors grappled with U.S. political tensions.

The exchanges were released by House Democrats as part of an impeachment investigation to determine whether Trump pressed Ukraine to probe former Vice President Joe Biden and his son, Hunter Biden, in connection with Ukrainian gas company Burisma.

Trade talks with China were also in focus, with both U.S. and Chinese officials set to meet next week.