Facebook dropped 2.35 percent after the Washington Post reported a federal probe on the data breach linked to Cambridge Analytica was broadened and will include more government agencies. The dip in the social media company`s stock, along with a 1.7 percent slide in Apple, weighed on the S&P technology sector, which fell 1.37 percent. 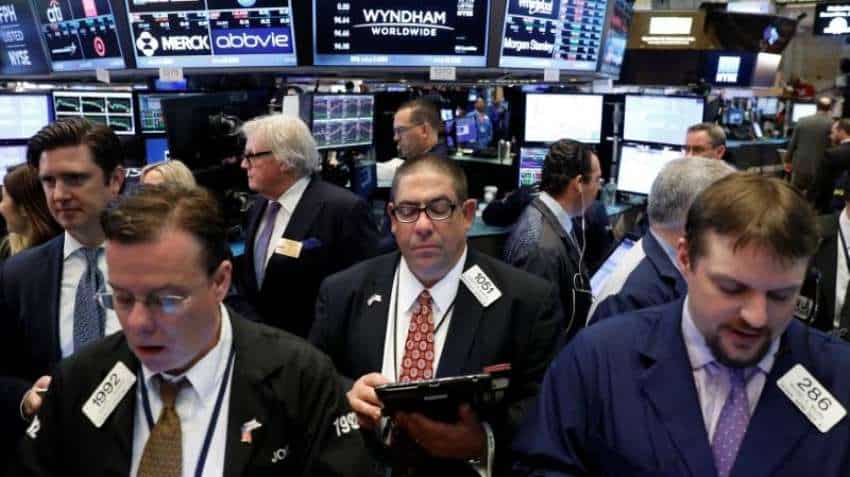 Wall Street dipped on Tuesday, weighed down by Apple, Facebook and other technology stocks, in a trading session ending early ahead of the U.S. July 4 holiday. Facebook dropped 2.35 percent after the Washington Post reported a federal probe on the data breach linked to Cambridge Analytica was broadened and will include more government agencies.

The dip in the social media company`s stock, along with a 1.7 percent slide in Apple, weighed on the S&P technology sector, which fell 1.37 percent.

Trade tensions continued to fester, with U.S. President Donald Trump on Monday making a veiled threat against the World Trade Organization. Also looming is a July 6 deadline when Washington is set to impose tariffs on $34 billion worth of Chinese goods.

"In the short term, company fundamentals are quite solid and the economy is strong," said Brant Houston, managing director at CIBC Private Wealth Management.

"But with the trade war looming there is a lot of uncertainty and a lot of unknowns. Until we get more clarity there it is difficult for investors to jump back into the equity market."

Shares of American Airlines, United Continental and Delta Air Lines fell between 1 percent and 2.28 percent after Deutsche Bank downgraded all three stocks saying the growing U.S.-China trade dispute could weigh on their results.

With U.S. exchanges closing at 1 p.m. ET ahead of the July 4 holiday, volume was 3.9 billion shares, compared to the 7.1 billion average over the last 20 trading days.

As well as a day off, traders were looking toward June unemployment data due out on Friday for a glimpse of the how much the labor market may be tightening, and for potential price pressure.

"Investors would rather take a wait-and-see attitude until we get a bit more data with those jobs numbers on Friday, and then move into earnings," said Jeff Kravetz, a regional investment strategist at U.S. Bank Wealth Management.

Tesla fell 7.2 percent, declining for the second straight session on questions over whether it could sustain the pace of making its Model 3 sedans.

Economic data was mixed. New orders for U.S.-made goods unexpectedly rose in May, pointing to a strengthening manufacturing sector, but business spending on equipment continued to show signs of slowing.

Advancing issues outnumbered declining ones on the NYSE by a 1.74-to-1 ratio; on Nasdaq, a 1.23-to-1 ratio favored advancers.