Participating in a panel discussion on 'A new architecture for cyber cooperation', he said, "It is really about keeping the world safe." The world depends on digital infrastructure, it depends on our devices, and they're under attack every single day, he said. 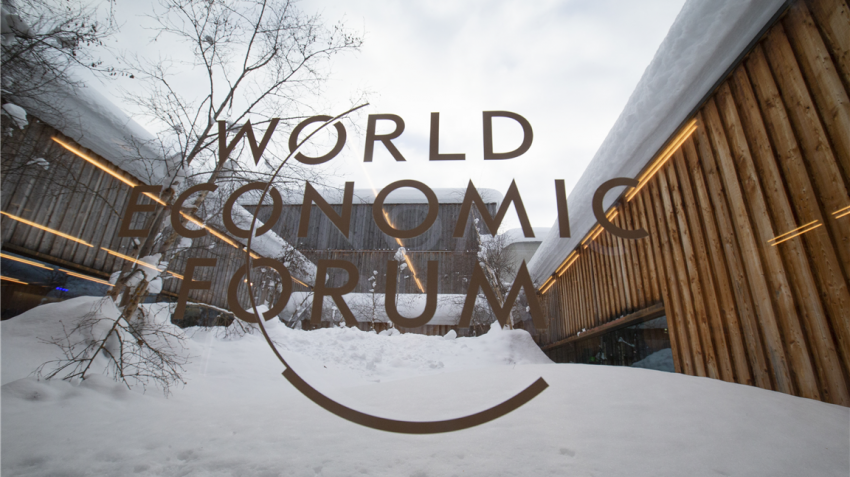 The Paris Call has been signed by 64 states, more than 300 private-sector companies and over 150 NGOs and other civil society organisations. Image source: Reuters
Written By: PTI
RELATED NEWS

Firms invest $14mn on cybersecurity, small and medium businesses $275K on average in 2020

How to keep your online transactions safe: Follow these steps, protect your money

Phishing attacks rise by 667 pct in India! Don't lose your money, know what fraudsters are doing

Davos, Jan 24 (PTI) Emphasising that cybersecurity is crucial to keep the world safe, global leaders have urged India and the US to join an international coalition against cyber threats. "The world's biggest democracy needs to stand with the world's other great democratic nations. The world needs India," Microsoft's President and Chief Legal Officer Bradford L Smith said here at the World Economic Forum Annual Meeting 2019.

Participating in a panel discussion on 'A new architecture for cyber cooperation', he said, "It is really about keeping the world safe." The world depends on digital infrastructure, it depends on our devices, and they're under attack every single day, he said.

During the discussion, Smith and other experts hoped that democracies which have not signed the Paris Call of November 12, 2018 for Trust and Security in Cyberspace, including India and the US, will join the multi-stakeholder initiative.

The called for a "coalition of the willing" to embrace the Paris Call, a multi-stakeholder declaration that favours the development of common principles for securing cyberspace.

The Paris Call has been signed by 64 states, more than 300 private-sector companies and over 150 NGOs and other civil society organisations.

It offers a framework for multilateral action on addressing the critical issue of cybersecurity in a time of increasingly prolific and sophisticated attacks by criminal organisations as well as nation states.

While noting that the Paris Call has been signed by all 28 members of the European Union and by all but one member of NATO, as well as other democratic states, including Australia, Japan, New Zealand, Singapore and South Korea, Smith singled out two holdouts -- India and the US.

Smith attributed the US reluctance to sign to the current American administration's aversion to multilateralism, but warned, "Some of the most serious attacks are those against democracy itself. The most significant threat is to voting systems."

He acknowledged the difficulty of assessing the actual impact of interference operations on the outcome of the 2016 US election, but said, "Let's focus on what we do know."

"We do know that 30 million Americans have read intentional disinformation by governments, and they shared it, they liked it, and they believed it. It was done with the goal of disrupting democracy. It was not limited to the United States alone ? Every single candidate running for the French presidency was attacked in some way. It is a problem, a threat to democracy, and needs to be addressed," he said.

Smith and other cybersecurity experts emphasized the importance of attribution but said that itself is not enough. "I don't think one can expect governments to change what they're doing if there aren't consequences,? he said.

Smith also said that the responsibility for security begins with the tech companies themselves. "People can't trust tech unless they have confidence in the companies that create the technology," he said, noting that the Cambridge Analytica incident -- in which Facebook user data was acquired illicitly by a now-defunct political data analytics company -- was a turning point in public distrust of tech companies.

"Tech companies and the sector as a whole need to address this, and they must start with acknowledging the scepticism," he said.

Action needs to be taken, he added. "The public has developed a keen ability to differentiate between words and deeds." He, however, said that "we shouldn't look to the private sector alone to respond to what are essentially military grade cyber attacks. The private sector has not saved the nation from military attacks before."
Troels Oerting Jorgensen, Head of Centre for Cybersecurity at the WEF, said we are in uncharted waters but lacking the correct global architecture to navigate.

"We must not sell fear but protect hope to make sure the good side of the internet is always in focus," he added.

Alison Martin, group chief risk officer at Zurich Insurance Company, said cyber is the number one risk of doing business in many parts of the world.

"If you drive badly, then we charge you a bit more. But if you have bad digital hygiene, you risk infecting everyone, so charging more isn't the answer," Martin said.

Tzipi Livni, Head of the Hatnuah Party in Israel, said she believes that cyber attacks are affecting the nature of democracy itself.

Catherine de Bolle, Executive Director of Europol, talked about the worrying rise in the live-streaming of online child abuse.

She also stressed on the need for better exchange of data to counter financial crimes in cyber space, saying we need to move from a compliance-led to a more intelligence-led exchange of information.

As per latest research, more than half of cyber attacks result in financial losses of more than USD 500,000.
Besides, economic loss due to cyber crime is predicted to reach USS 3 trillion by 2020, and 74 per cent of the world's businesses can expect to be hacked in the coming year, another research has showed.

Firms invest $14mn on cybersecurity, small and medium businesses $275K on average in 2020

How to keep your online transactions safe: Follow these steps, protect your money

Phishing attacks rise by 667 pct in India! Don't lose your money, know what fraudsters are doing