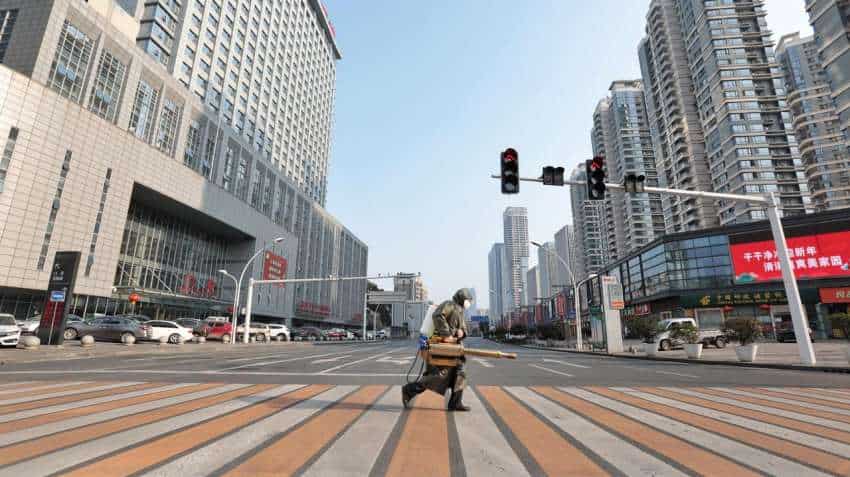 The hard-hit Hubei province, the epicentre of the outbreak, has reported 116 new fatalities and reported 4,823 new confirmed cases on Thursday.Photo:Reuters
Written By: PTI
RELATED NEWS

The death toll in China's novel coronavirus outbreak has spiked to nearly 1,500 with 121 new fatalities reported mostly from the worst-affected Hubei province while the confirmed cases of infection jumped to nearly 65,000, health officials said on Friday.

The hard-hit Hubei province, the epicentre of the outbreak, has reported 116 new fatalities and reported 4,823 new confirmed cases on Thursday, the provincial health commission said on Friday.The National Health Commission said, with 5,090 new cases the total number of confirmed coronavirus cases soared up to 64,894 as of Thursday.

The commission said it received reports of 121 deaths on Thursday with 5,090 new confirmed cases of novel coronavirus infection from 31 provincial-level regions.
Among the deaths, 116 were in Hubei Province, two in Heilongjiang, and one in Anhui, Henan and Chongqing respectively, the commission said.

The World Health Organisation on Thursday said a sharp rise of 254 cases of COVID-19 (official name for coronavirus) cases in China, due to a change in counting methods, did not represent a big shift in the epidemic.Of the 254, Hubei and its provincial capital Wuhan reported 242 deaths, the single highest in a day so far.

"This does not represent a significant change in the trajectory of the outbreak," Michael Ryan, head of WHO's health emergencies programme, told a press conference in Geneva."We're not dealing, from what we understand, with a spike in cases of 14,000 on one day," he said.

"This increase that you've all seen in the last 24 hours is largely, in part, down to a change in how the cases are being reported." Ryan also said he expected members of a WHO-led international mission to China to arrive over the weekend.

Already 15-member advance WHO team has arrived in China on Monday.