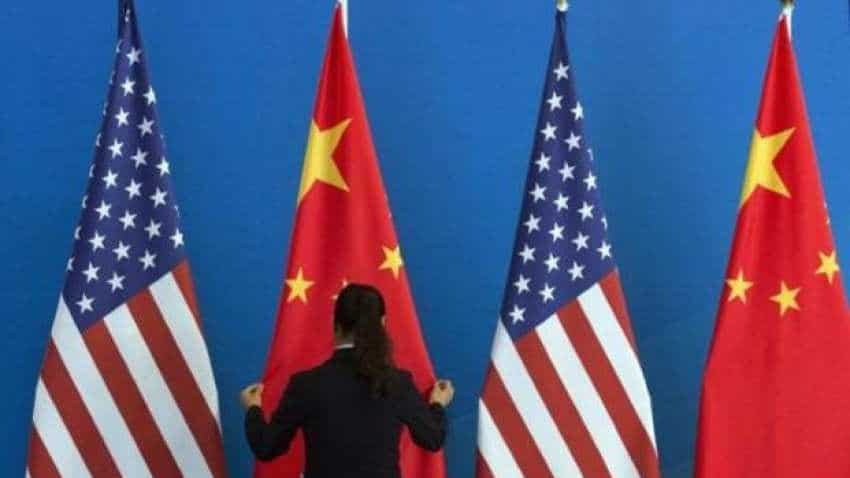 ​US officials expect China's top trade negotiator may visit Washington this month, signaling that higher-level discussions are likely to follow this week's talks with mid-level officials in Beijing. Image: Reuters

US officials expect China's top trade negotiator may visit Washington this month, signaling that higher-level discussions are likely to follow this week's talks with mid-level officials in Beijing as the world`s two largest economies try to hammer out a deal to end a tit-for-tat tariff war. The U.S. government is in the 20th day of a partial shutdown with President Donald Trump, a Republican, and congressional Democrats feuding over funding and Trump`s desire for a wall on the U.S.-Mexico border.

"The current intent is that the Vice Premier Liu He will most likely come and visit us later in the month and I would expect the government shutdown would have no impact," U.S. Treasury Secretary Steven Mnuchin told reporters on Thursday in Washington. "We will continue with those meetings just as we sent a delegation to China."
People familiar with the talks in Beijing said on Thursday that hopes were mounting that Liu would continue talks with U.S. Trade Representative Robert Lighthizer and Mnuchin.

Talks at that level are viewed as important for making the key decisions to ease a festering trade war, which has disrupted trade flows for hundreds of billions of dollars worth of goods and roiled global markets.

Trump has demanded better terms of trade with China, with the United States pressing Beijing to address issues that would require structural change such as intellectual property theft, forced technology transfers and other non-tariff barriers.

Trump on Thursday said the United States was having "tremendous success" in its trade negotiations with China.

A spokeswoman for Lighthizer`s office declined to comment. More than halfway through a 90-day truce in the U.S.-China trade war agreed on December 1 when Trump and Chinese President Xi Jinping met at the G20 summit in Argentina, there have been few details provided of any progress made.

Trump has vowed to increase tariffs on $200 billion worth of Chinese imports on March 2 if China fails to take steps to protect U.S. intellectual property, end policies that force American companies to turn over technology to a Chinese partner, allow more market access for U.S. businesses and reduce other non-tariff barriers to American products.

The timeline is seen as ambitious, but the resumption of face-to-face negotiations has bolstered hopes of a deal. "We have the two sides back at the table. That’s encouraging," said Myron Brilliant, the U.S. Chamber of Commerce`s head of international affairs, while speaking to reporters at an event on Thursday.

China`s commerce ministry said on Thursday that additional consultations with the United States were being arranged after the Beijing talks addressed structural issues and helped establish a foundation to resolve U.S. and Chinese concerns.

Asked about China`s stance on issues such as forced technology transfers, intellectual property rights, non-tariff barriers and cyber attacks, and whether China was confident it could reach agreement with the United States, Gao said these issues were "an important part" of the Beijing talks.

"There has been progress in these areas," he said without elaborating. China has repeatedly played down complaints about intellectual property abuses, and has rejected accusations that foreign companies face forced technology transfers.

Discussions on those issues were an extensive part of the talks, said people in Washington familiar with the discussions.
Chinese officials listened "politely" to U.S. grievances, they said, but responded by saying that the Americans had some issues wrong and misunderstood others, but that some other issues could be addressed.

"It was a cordial standoff," said one person familiar with the discussions. China has said it will not give ground on issues that it perceives as core. On Wednesday, the U.S. Trade Representative`s office said officials from the two sides discussed "ways to achieve fairness, reciprocity and balance in trade relations," and focused on China`s pledge to buy a substantial amount of agricultural, energy, manufactured, and other products and services from the United States."

The U.S. trade agency said the talks also focused on ways to ensure enforcement and verification of Chinese follow-through on any commitments it makes to the United States.

U.S. and Chinese officials made more progress on straightforward issues such as working out the details of Chinese pledges to buy a "substantial amount" of U.S. agricultural, energy and manufactured goods and services, sources said.
Since the Trump-Xi meeting, China has resumed purchases of U.S. soybeans. Buying had slumped after China imposed a 25 percent import duty on U.S. shipments of the oilseed on July 6 in response to U.S. tariffs.

China has also cut tariffs on U.S. cars, dialed back on an industrial development plan known as "Made in China 2025" and told its state refiners to buy more U.S. oil.
Earlier this week, China approved five genetically modified crops for import, the first in about 18 months, which could boost its overseas grains purchases and ease U.S. pressure to open its markets to more farm goods.

Monkeypox declared public health emergency in US as cases spiral