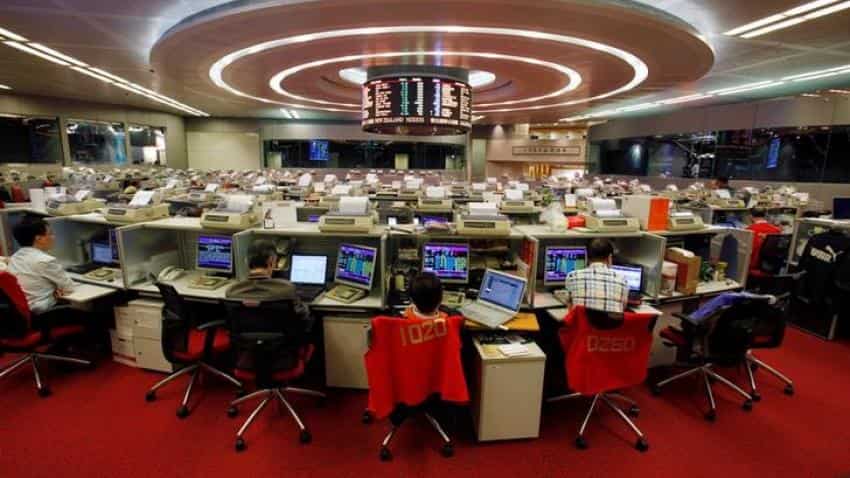 A general view of the reduced size of the trading hall at the Hong Kong Stock Exchange in Hong Kong. Image Source: Reuters
Written By: Reuters
RELATED NEWS

China`s services sector got off to a flying start this year, expanding at its fastest pace in almost six years, as new orders surged and companies rushed to hire more staff, a private survey showed on Monday.

The Caixin/Markit services purchasing managers` index (PMI) rose to 54.7 in January from December`s 53.9, marking the highest reading since May 2012.

The 50-mark separates growth from contraction on a monthly basis.

The upbeat findings, which echoed those of an official gauge of the non-manufacturing sector last week, bode well for Beijing`s longer-term goal of overhauling and modernizing its economic growth model.

The government is counting on growth in consumption and services, particularly in high value-added areas such as finance and technology, to reduce the economy`s traditional reliance on heavy industry, investment and exports.

The services sector already accounts for over half of China`s economy, with rising wages giving its consumers more spending power at home and abroad.

However, firms` strong optimism about the business outlook over the next year eased to a four-month low on concerns that economic conditions may soften.

Profit margins remained under pressure, with many firms reporting a sharp rise in input costs for raw materials, transportation and salaries. The survey suggested companies were having a tough time passing higher costs to customers.

Driven by strong readings in both the services and manufacturing sectors, the headline Caixin China Composite PMI rose to 53.7 in January, compared to 53.0 in December and the highest since January 2011.

"Looking forward, we should watch for stability of demand in the manufacturing industry and the impact of growing costs on the profitability of service providers," said Zhengsheng Zhong, Director of Macroeconomic Analysis at CEBM Group.

Economists polled by Reuters are pencilling in more moderate growth of 6.5 percent this year, citing the expected drag from higher borrowing costs, a crackdown on air pollution and a cooling housing market.

Sustained and robust services growth, however, could increase the chance of an upside surprise.