Funds raised by China`s real estate developers in the first three months grew 5.9 percent from the same period a year earlier, compared with 2.1 percent in January-February, the NBS data showed. 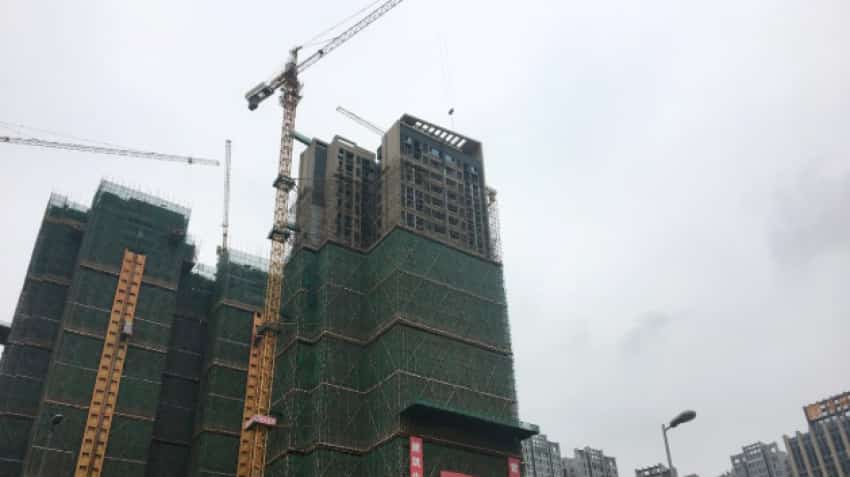 Property investment in China grew the most in eight months in March, as demand recovered and market sentiment improved in the wake of looser monetary conditions and a modest relaxation of home purchase curbs. Real estate investment, which mainly focuses on the residential sector but also includes commercial and office space, is a key driver of growth in the world`s second-largest economy. The data, along with a raft of official economic indicators released on Wednesday, suggests growth may be stabilising after taking a hit from a multi-year government crackdown on debt risks and a bruising trade war with Washington. China`s real estate investment rose 12 percent in March from a year earlier, accelerating slightly from 11.6 percent growth reported for the combined January-February period, according to Reuters calculations based on data released by National Bureau of Statistics (NBS) on Wednesday.

That marks the strongest monthly growth since July 2018, when it rose 13.2 percent. For the first three months, property investment increased 11.8 percent on-year, compared with a 10.4 percent gain in the same period a year earlier. The pace was the fastest quarterly gain since 2014 for the January-March period. China`s property market has seen a resurgence recently as some local governments have loosened restrictions on home purchases in a bid to boost economic activity, while Beijing`s call for banks to ramp up lending and lower interest rates has also helped boost market confidence.

Economists expect China`s real estate investment to rise by 7 percent for the year, a Reuters poll showed last month, up from 4 percent in the previous poll, as some developers have shown more confidence in the market as domestic financing conditions improve. New home prices in China also grew slightly faster in March after a slowdown the previous month. In March, property sales by floor area, a major indicator of demand, rose at its fastest pace in seven months at 1.8 percent from a year earlier, compared with January-February`s 3.6 percent drop, according to Reuters calculations. In the first quarter of 2019, property sales by area fell 0.9 percent, narrowing from a 3.6 percent drop in the first two months of this year.

There have been signs that some smaller Chinese cities are easing restrictions on buyers as their revenue from real estate shrinks and local economies slow. But many economists say a blanket nationwide lifting of curbs is unlikely as policymakers remain wary of big price fluctuations.

Yet Beijing appears to be showing a bigger tolerance as it emphasises on a "city-based" approach that gives local governments more autonomy in policymaking. Contracted sales at major developers, including China Vanke Co Ltd and China Evergrande Group, saw robust growth last month. In another sign of an uptick in home purchasing demand, medium- to long-term new household loans, mainly mortgages, rose sharply to 460.5 billion yuan in March, according to Reuters calculation based on central bank data, from 222.6 billion yuan in the previous month.

Credit conditions have been on the looser side in recent months as China has cut the amount of cash banks keep as reserves five times since last year to boost lending to companies. Chinese banks in some regions also have been lowering mortgage rates for first-home buyers. Funds raised by China`s real estate developers in the first three months grew 5.9 percent from the same period a year earlier, compared with 2.1 percent in January-February, the NBS data showed. Reflecting growing confidence among them, new construction starts measured by floor area surged 18.1 percent in March from a year earlier, compared with the 6 percent in the first two months of the year. Beijing vowed this month to relax residency curbs in many of its smaller cities this year which would grant out-of-towners permits to buy houses, sparking speculation the move would fuel demand in the property market.

But economists noted the nationwide impact will probably be marginal unless restrictions in larger cities are also relaxed. Housing sales are expected to fall 5 percent in 2019, according to Reuters poll.