China's defence budget: China has the world`s largest standing Army and spends the most on defence after the US in the world. President Xi Jinping has vowed to make the Chinese Army a modern force by cutting down its troops. 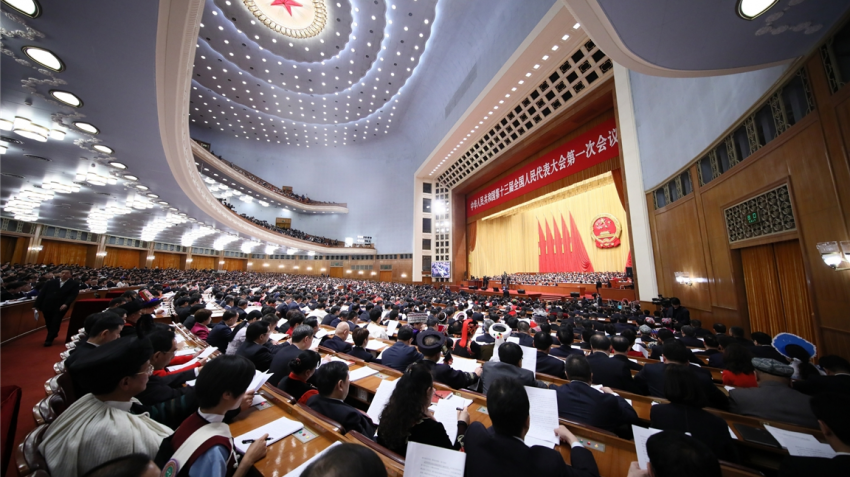 China's defence budget: The budget of $175 billion is three times higher than India`s defence spending. China`s economy, which grew in double-digit for three-decades, has slowed down over the years. Image source: IANS
RELATED NEWS

The economic target was announced by Chinese Prime Minister Li Keqiang when he delivered the work report to the National People`s Congress (NPC), China`s Parliament which opened on Monday. China has the world`s largest standing Army and spends the most on defence after the US in the world. President Xi Jinping has vowed to make the Chinese Army a modern force by cutting down its troops.

This was mentioned by Li while delivering the work report at the Great Hall where nearly 3,000 Chinese lawmakers had gathered. "We have completed the task of reducing the armed by 300,000 troops," Li said at the opening session of the NPC.

The two-week Parliament session will be a historic one as the rubber-stamp legislature will remove the two-term cap on the Chinese presidency, giving Xi unfettered power and license to rule until he retires or dies.

The party`s powerful Central Committee in February passed a proposal to remove the two-term cap on Chinese presidency -- a move that has startled the world.

China`s revered leader Deng Xiaoping in 1980s had restricted the presidential five-year tenure to two to avoid the perils which the cult around Mao Zedong had brought.

In 2017, at the Communist Party`s once in a five-year meet, Xi began his second five-term without announcing his successors, a convention his predecessor Hu Jintao and Jiang Zemin had followed.

The move was widely speculated as Xi`s desire to rule the country of 1.4 billion beyond the customary 10 years. Xi is China`s most powerful leader since Mao. He has been conferred with the status of "core", an honorific given only to Mao and Deng.