China says willing to discuss "possibilities" with India on NSG

The nuclear Non-Proliferation Treaty (NPT) recognises the five permanent members of the United Nations Security Council - the United States, Russia, China, Britain and France - as nuclear weapons powers but not others. 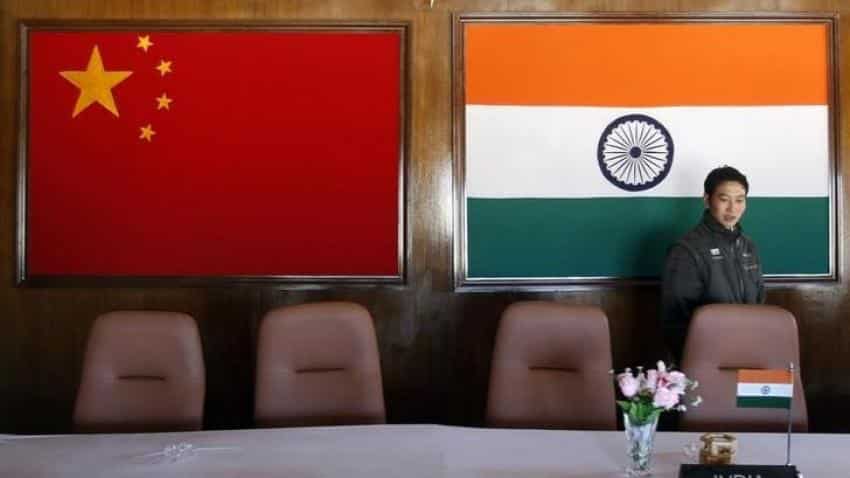 A man walks inside a conference room used for meetings between military commanders of China and India, at the Indian side of the Indo-China border at Bumla. Pic: Reuters
Written By: Reuters
RELATED NEWS

China slams US for supporting India's entry into NSG, says "no regard" for facts

India deserves to be in NSG: US

China is willing to discuss "possibilities" with India on its bid to become a fully fledged member of the Nuclear Suppliers Group (NSG), a senior Chinese diplomat said on Monday, holding out an olive branch ahead of a summit in India.

India last month said it had held "substantive" talks with China on its attempt to join the NSG, a 48-member grouping of countries that trades in civil nuclear technology.

Indian Prime Minister Narendra Modi is campaigning to join the NSG to back a multi-billion-dollar drive to build nuclear power plants in partnership with Russia, the United States and France, and reduce India`s reliance on polluting fossil fuels.

Yet his bid to win accession to the group, founded in response to India`s first atomic weapons test in 1974, has failed to win over strategic rival China, which enjoys a de facto veto because it operates by consensus.

Speaking to reporters ahead of a visit to India this week by Chinese President Xi Jinping for a summit of the BRICS group of emerging nations, Vice Foreign Minister Li Baodong said new NSG members needed to be agreed upon by all existing members.

"These rules were not set by China," Li said.

"On the issue of joining the NSG, China and India have all along had very good communications, and (China) is willing to have further communications with the Indian side, to increase consensus," he said.

"On this, China is willing to jointly explore all kinds of possibilities with India, but this must accord with the charter of the NSG, and certain rules need to be respected by all sides," Li said, without elaborating.

The nuclear Non-Proliferation Treaty (NPT) recognises the five permanent members of the United Nations Security Council - the United States, Russia, China, Britain and France - as nuclear weapons powers but not others.

India has ruled out signing the NPT but says its track record of non-proliferation should entitle it to join the Nuclear Suppliers Group. India was granted an NSG waiver in 2008 that allows it to engage in nuclear commerce, but deprives it of a vote in the organisation`s decision making.

Backers of India`s NSG bid, who include the United States, hope a deal can be reached despite a setback at the group`s annual meeting in Seoul in June.

Xi will also visit Bangladesh and Cambodia on his Asian trip.

China slams US for supporting India's entry into NSG, says "no regard" for facts

India deserves to be in NSG: US