China is a key driver of the world economy but grew at its slowest rate in a quarter of a century last year, and has decelerated further since then. 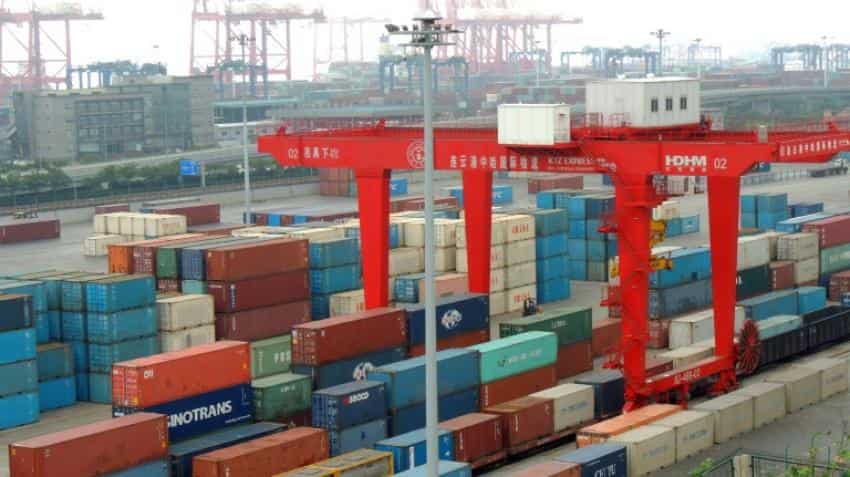 Retail sales rose 10.2% in the month, the National Bureau of Statistics (NBS) said, a marked slowdown from June`s 10.6% increase and below the median forecast of 10.5% in a Bloomberg News poll of economists.

Beijing is looking to retool the economy from a reliance on investment spending and exports to one driven more by consumer demand, but the transition is proving bumpy and gross domestic product growth is slowing.

China is a key driver of the world economy but grew at its slowest rate in a quarter of a century last year, and has decelerated further since then.

Industrial output in the Asian giant rose 6% in July over the year before, the NBS said, while fixed asset investment (FAI), a gauge of infrastructure spending, rose 8.1% in the first seven months of the year.

Those figures also missed expectations of 6.2% and 8.9% respectively.

Analysts were disappointed. Zhao Yang of Nomura called the figures an "across-the-board slowdown" that showed more weakness than expected. The investment figures were consistent with a deep contraction in imports that "points to sluggish domestic investment demand".

"Overall, we think growth momentum continued to lose steam, which was possibly exaggerated by the flooding," he added.

Looking ahead, factory output will face further downward pressures due to efforts to cut overcapacity, analysts with ANZ Research said in a note.

Industrial production "may further dampen" this quarter, they added, as a result of flooding around the Yangtze River and suspended factory production in Zhejiang province, one of China`s most developed areas, due to a forthcoming G20 summit in Hangzhou.

The NBS said in a statement China`s economy was "basically steady" in July but said that "serious disasters" from flooding and high temperatures in some parts of the country caused some indicators to slow.

"However, overall economic development kept performing in a proper range with steady pace, as a result of stable employment and prices, deepened supply-side structural reform and accumulated new impetus," it said.

NBS spokesman Sheng Laiyun said it was "reasonable" for FAI growth to fall long-term as the economy shifts away from traditional heavy industries toward the service sector, which does not require as intensive investment.

Beijing has listed reducing overcapacity and excess inventory and cutting down borrowing as top priorities, with the country`s ailing steel industry -- accused by US and European rivals of dumping on world markets -- a key target.

Authorities have set a target to cut 45 million tonnes of steel capacity this year, with around 20 million tonnes eliminated by July, the official Xinhua news agency this week cited officials as saying.

But actual production of the metal was up 2.6% year-on-year in July to 66.81 million tonnes, the NBS figures showed.

The disappointing investment figures raise doubts over the effectiveness of policy easing, Julian Evans-Pritchard of Capital Economics said in a note.

"While looser monetary conditions appear to be supporting current conditions and have clearly boosted credit growth, the impact of this step-up in lending on investment has underwhelmed," he said.

Beijing may need to use "more forceful fiscal policy" during the rest of the year to prevent a further slowdown, he added.

But investors shrugged off the data, with the benchmark Shanghai Composite Index up 0.24% by the noon break Friday.