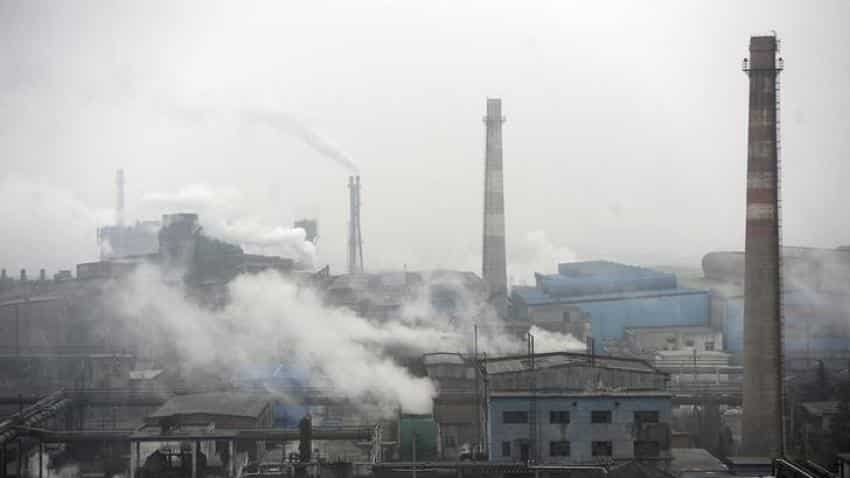 China`s manufacturing sector expanded at the quickest pace in three months in June, buoyed by strong production and new orders, reassuring news for authorities trying strike a balance between deleveraging and keeping the economy on an even keel.

The official manufacturing Purchasing Managers` Index (PMI) was at 51.7 in June, the eleventh straight month of expansion, and up from 51.2 in May, a monthly survey by the National Bureau of Statistics showed on Friday.

It was the fastest pace since March and beat the 51.0 level predicted by analysts in a Reuters survey.

The survey supports broad consensus that China`s economy is stabilising at a moderate pace rather than slowing sharply, suggesting that Beijing is on track to meet its annual growth target of 6.5 percent for this year - encouraging news for President Xi Jinping ahead of a major leadership reshuffle in the autumn.

Production surged to 54.4, marking a strong one percentage point jump from May. New orders in the month also rose to 53.1 from May`s 52.3, with export orders surging by 1.3 percentage points to 52.0, suggesting external demand picked up.

Nonetheless, most China observers agree that the world`s second-biggest economy will continue to cool as authorities reduce high levels of debt across many of the heavy industries, crack down on financial risks and tighten monetary conditions.

Growth in the services sector also accelerated to 54.9 in June, the highest since March, another official NBS survey found.

The manufacturing PMI showed that the impetus came mostly from larger firms, while small and medium sized industries struggled, suggesting SMEs may be bearing the brunt of the government`s deleveraging efforts.

China`s small and medium-sized firms have grown so acute that many are expected to become unprofitable or even go belly-up this year, boding ill for an economy running short on strong growth drivers.

Friday`s solid PMI numbers contrasted with a raft of data in recent months that have pointed to ebbing momentum in China, which got off to a strong start to the year when first quarter growth came in at 6.9 percent.

Producer price inflation (PPI), for instance, fell for the third straight month in May on tumbling prices of raw materials, reinforcing expectations of a slowdown that would be bad news for debt-laden firms.

As policy makers tighten the screws on debt risks, corporates are already facing higher financing costs, which could ripple through to decisions on investment, hiring, and wages over the next year.

Yet authorities are keen not to tap on the brakes too hard lest it deals a body blow to the economy.

China`s central bank will hold off on further monetary policy tightening and could even slightly loosen its grip in coming months as a deleveraging drive threatens economic growth and job creation, policy insiders said.

Premier Li Keqiang told the World Economic Forum on Tuesday that China is capable of achieving its full-year growth target of 6.5 percent and controlling systemic risks despite challenges.

However, maintaining medium to high-speed long-term growth will not be easy, Li said, reinforcing broad expectations of a period of slow growth as authorities rebalance the economic drivers toward consumption and away from its reliance on exports and investment.

China Plane Crash: 'Severely damaged' black box found amid fears that none of the 132 people on board survived