Ten weeks of confrontations between police and protesters have plunged Hong Kong into turmoil, and present the biggest popular challenge to Chinese President Xi Jinping since he came to power in 2012. 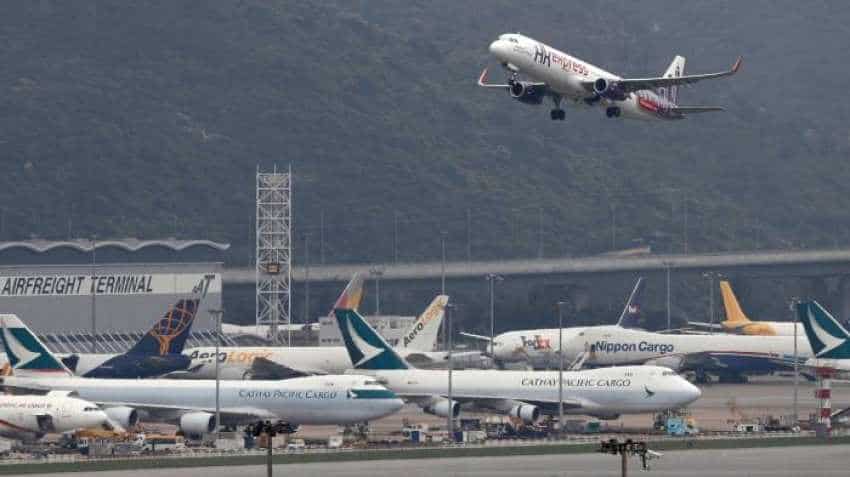 Nearly 750 people have been arrested since the protests began in June, and tear gas has frequently been used by police in attempts to disperse protests across the city. Image source: Reuters

The boss of Hong Kong carrier Cathay Pacific Airways quit on Friday, the highest-profile corporate casualty of unrest roiling the former British colony, after Beijing targeted the airline over staff involvement in mass protests. The corporate upheaval comes ahead of a weekend where further protests are planned, including what could be a large gathering on Sunday that could test whether a movement that has enjoyed broad support can retain it, even as violence escalates.

Demonstrators say they are fighting the erosion of the "one country, two systems" arrangement that enshrined some autonomy for Hong Kong since China took it back from Britain in 1997. About 1,000 protesters gathered peacefully at a downtown park on Friday for the "Stand with Hong Kong, Power to the People" rally, which had received police permission. Other protests planned for the weekend do not have police permission.

A rally set for Sunday by the Civil Human Rights Front, which organised million-strong marches in June, has only been allowed permission for an assembly in Victoria Park on Hong Kong island, though not a march, due to safety concerns.

The group is appealing against the police decision. Another march planned in Kowloon`s Hung Hom district on Saturday has also been banned.

Ten weeks of confrontations between police and protesters have plunged Hong Kong into turmoil, and present the biggest popular challenge to Chinese President Xi Jinping since he came to power in 2012.

Police tactics against protesters have been hardening. "Any person who endangers the safe operation of the aerodrome or the safety of persons in the aerodrome by act of violence is liable to life imprisonment," Acting Chief Superintendent Man-pun Yeung told reporters on Friday.

Nearly 750 people have been arrested since the protests began in June, and tear gas has frequently been used by police in attempts to disperse protests across the city.

China has likened the increasingly violent protests to terrorism and warned it could use force to quell them, as U.S. President Donald Trump urged Xi meet protesters to defuse the tension.

Chinese paramilitary troops have been training this week in Shenzhen, which borders Hong Kong, in a clear warning to the protesters. Hong Kong police reiterated on Friday that they are capable of maintaining law and order on their own.

CITY SYMBOL
Cathay Pacific, an emblem of the city, was blindsided last week when China`s aviation regulator demanded it suspend staff supporting a movement that has mushroomed from opposition to a legal change in Hong Kong into wider calls for democracy.

The abrupt departure of Chief Executive Rupert Hogg, a move the company said was "to take responsibility ... in view of recent events," shows just how much pressure Beijing is piling on corporate giants and the city as it seeks to snuff out the protests.

Cathay became embroiled in the confrontation after one of its pilots was arrested at a demonstration in July. China`s aviation regulator demanded any staff involved or supportive of the protests be removed from duty on flights to or over mainland airspace. Cathay shares hit a 10-year low.

The company, whose chairman had initially said, before the demand, that it "wouldn`t dream" of telling staff what to think, later acceded to the request, firing two pilots and saying "overly radical" staff would be suspended from mainland duties.

Hogg said these had been "challenging weeks" for the airline and it was right for him, and the company`s chief customer officer who also abruptly quit, to take responsibility.

"Cathay Pacific is fully committed to Hong Kong under the principle of `one country, two systems,`" the airline said in a statement.

UGLY SCENES
The protests began as opposition to a now-suspended bill that would have allowed suspects to be extradited to mainland China. They have swelled since, and demands have broadened.

Hong Kong returned from British to Chinese rule in 1997 under a "one country, two systems" formula that promised wide-ranging freedoms denied to citizens in mainland China. Many in the city believe Beijing has been eroding those freedoms.

The tenor of clashes intensified this week. Thousands of flights were cancelled amid ugly scenes at the city`s airport, when protesters set upon men they suspected were Chinese agents.

At the downtown park, Friday night`s protest was peaceful as demonstrators, ranging from bankers to a retired nurse, held up posters reading "Power to the People", while police looked on.

In Australia`s largest city of Sydney, a rally of hundreds who backed the Hong Kong protests faced a smattering of Beijing supporters, who sang the Chinese anthem and chanted "Hong Kong is part of China" before police moved them away, media said.

The city`s richest man, Li Ka-Shing, urged people to "love China, love Hong Kong and love yourself" in newspaper advertisements that marked his first comments on the crisis.

But Li, 91, and a fixture of Hong Kong business who founded CK Asset Holdings Ltd and chaired CK Hutchison Holdings, stopped short of explicitly backing the Hong Kong government, as many business leaders have done.

He made no reference to supporting the government or its embattled leader, Carrie Lam, in the advertisements, which encouraged freedom, tolerance and the rule of law.

"I think the government heard the messages from the protesters loud and clear and is diligently racking their brains now for solutions," Li said. He warned, "The best cause can lead to the worst results."