Cambodia benefits from the EU`s "Everything But Arms" trade scheme which allows the world`s least developed countries to export most goods to the EU free of duties. 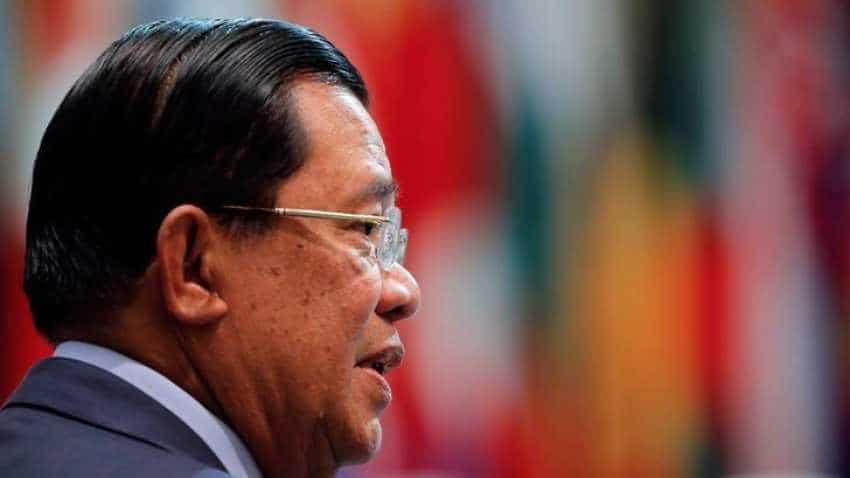 China will help Cambodia if the European Union (EU) withdraws special market access over its rights record, Cambodian Prime Minister Hun Sen said on Monday as he announced a 600 million yuan ($89 million) Chinese aid package for his military. Hun Sen, who is on a five-day trip to China to attend a Belt and Road Initiative (BRI) forum in Beijing, held bilateral talks with President Xi Jinping and signed several agreements with Cambodia`s most important ally. Cambodia benefits from the EU`s "Everything But Arms" trade scheme which allows the world`s least developed countries to export most goods to the EU free of duties.

But Cambodia risks losing the special access to the world`s largest trading bloc over its human rights records. During a meeting with Chinese Prime Minister Li Keqiang, Li pledged to help Cambodia if the EU withdraws the market access, according to a post on Hun Sen`s official Facebook page. "In this regard ... Prime Minister Li Keqiang also confirmed his efforts to help Cambodia," the post said. China is Cambodia`s biggest aid donor and investor, pouring in billions of dollars in development aid and loans through the Belt and Road initiative, which aims to bolster land and sea links with Southeast Asia, Central Asia, the Middle East, Europe and Africa.

Unlike, Western countries, China does not question Cambodia`s record on rights. The EU, which accounts for more than one-third of Cambodia`s exports, including garments, footwear and bicycles, in February began an 18-month process that could lead to the suspension of the special market access. Among the agreements Hun Sen struck in China was one for Huawei Technologies to help Cambodia develop a system for 5G technology. The Chinese tech giant has ambitions to build the next generation of data networks across the world and boasts 40 commercial 5G contracts worldwide.

China also agreed to import 400,000 tonnes of Cambodian rice, according to Hun Sen`s Facebook page. "China will continue to support the national defence sector in Cambodia, and in this regard, the Chinese president announced that China will provide 600 million yuan to Cambodia`s defence sector," the post said.