No-frills carrier NokScoot, which will start flights from the national capital to Bangkok on Wednesday, plans to have a partnership with an Indian airline, according to an official. 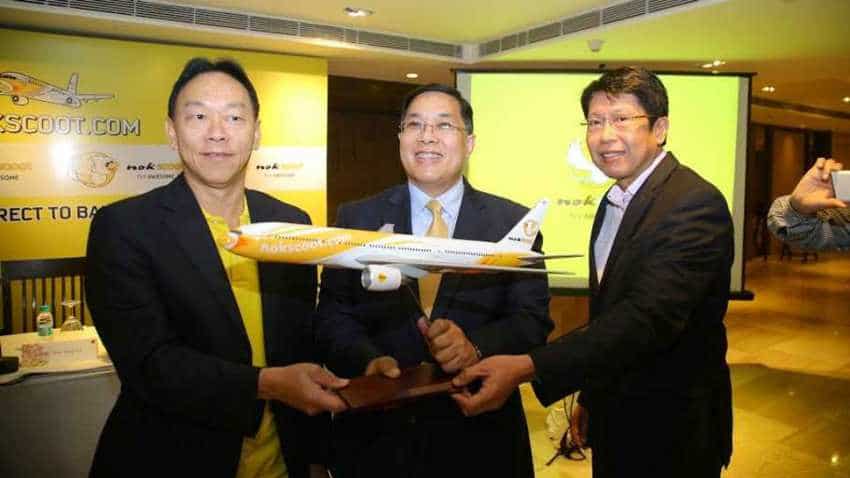 No-frills carrier NokScoot, which will start flights from the national capital to Bangkok on Wednesday, plans to have a partnership with an Indian airline. Image source: Zeenews.com
Written By: PTI
RELATED NEWS

No-frills carrier NokScoot, which will start flights from the national capital to Bangkok on Wednesday, plans to have a partnership with an Indian airline, according to an official.

The Thailand-based airline would operate a total of eight flights on the Delhi-Bangkok route every week.

The airline's Deputy CEO Toh Giam Ming on Tuesday said it is mainly looking at leisure travellers on this route and would add more destination from India next year.

"Following the launch of the Delhi service, NokScoot plans to further spread its wings in India with yet another destination in the first half of 2019," he told reporters here.

NokScoot, a joint venture between Singapore's Scoot and Thailand's Nok Air, would be operating Boeing 777-200 aircraft on the Delhi-Bangkok route. The carrier would be offering 391 economy seats and 24 premium economy seats.

The flight schedule was chosen carefully and provides enough options for leisure travellers. The airline expects to have an occupancy of 85 per cent, he added.

Ming also said NokScoot has initiated discussions for a partnership with an Indian carrier. Specific details were not disclosed.

Currently, NokScoot -- a medium haul low-cost carrier -- has a fleet of five Boeing 777-200 planes and flies to cities in China, Japan and Taiwan from Bangkok.

Generally, medium haul flights have a duration of four to eight hours.

By the end of 2019, the airline would have a total of 12 planes in its fleet, including five narrow body aircraft, Ming said.

Thailand's Ambassador to India Chutintorn Gongsakdi said that the rise of India would help in opening up new flights and connections.