Brexit: These celebrities will be disappointed on UK's vote 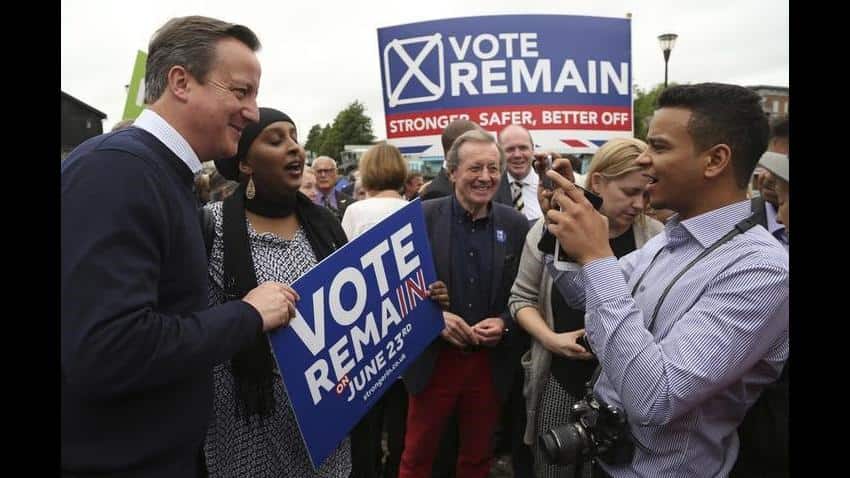 In one of the most historic events, a majority of UK citizens voted for Brexit. The impact of this decision to leave the European Union (EU) is expected to have wide ranging effects not just in the UK and EU but all over the world. This was seen as global markets plummeted with next of the split.

UK's Prime Minister David Cameron has put in his resignation, while others in Britain such as Scotland, Ireland and Wales may choose to leave and join the EU instead.

While many in UK's Leave camp rejoiced as the results were announced, there were many who supported the 'Remain' campaign who were left distraught. The 'Remain' campaign had drew support from several global leaders, celebrities and opinion makers alike who had taken to social media against Brexit.

This included US President Barack Obama who in a press conference with Cameron appealed to the British public as a friend to remain in the EU. “I am not coming here to fix any votes, I am not casting a vote myself, I am offering an opinion,” Obama said, according to a USNews.com report.

Take a look at what these celebrities who took to social media in support of Remain campaign:

It's great to see Daniel Craig is planning to Vote Remain on Thursday. pic.twitter.com/DZL9CejTmM

My parents immigrated to the UK, worked hard and made a contribution..ME...on that basis VOTE IN....#EUDebate  https://t.co/MpGd1yAW3g

Monsters, villains and the EU referendum, by me.https://t.co/uJRPnhBWT7

France to inspect close to 80 mosques for extremist links

Urmila Matondkar: Kangana Ranaut has been given undue importance