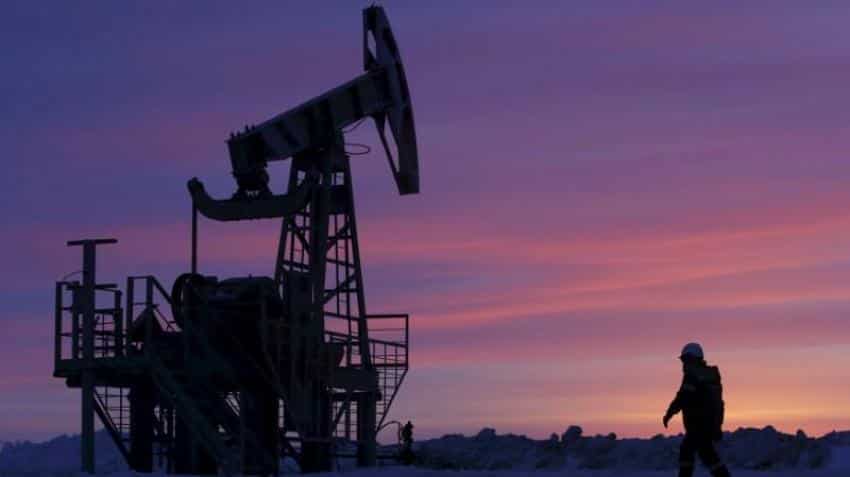 Oil prices hit their highest level since November 2014 on Thursday, with Brent crude creeping ever closer to $80 per barrel as supplies tightened and demand remained strong. Brent crude futures LCOc1 were at $79.40 per barrel at 0617 GMT, up 0.14 percent from their last close after marking their highest in more than 3-1/2 years.

ANZ bank said on Thursday that Brent was “now threatening to break through $80 per barrel ... (as) geopolitical risks continue to support prices, (and) an unexpected fall in inventories in the U.S. got investors excited.”

ANZ said the falling U.S. inventories were “raising concerns of tight markets heading into the U.S. driving season,” during which demand typically rises.

U.S. bank Morgan Stanley said it had raised its Brent price forecast to $90 per barrel by 2020 due to a steady increase in demand.

Not all indicators pointed to a tighter market, however.

The International Energy Agency (IEA) said on Wednesday it had lowered its global oil demand growth forecast for 2018 from 1.5 million barrels per day (bpd) to 1.4 million bpd.

And although supplies currently only stand at 98 million bpd due to supply cuts led by the Organization of the Petroleum Exporting Countries (OPEC), the IEA said “strong non-OPEC growth ... will grow by 1.87 million bpd in 2018.”

Brokerage Marex Spectron said the surge in U.S. supplies was “strongly price-bearish”, adding the economic outlook was also “firmly bearish” as “short-term credit conditions have worsened which ... hasn’t been priced correctly by the market.”

Goldman Sachs, though, said even with a slowdown in demand and soaring U.S. output, global oil markets would remain tight.

“U.S. shale cannot solve the current oil supply problems,” it said, arguing that U.S. oil would not be sufficient to offset production losses from Iran, Venezuela and Angola.