Global oil benchmark Brent fell nearly 3 per cent to $71 a barrel on Saturday after US President Donald Trump asked oil cartel OPEC to boost production and cool off the surging oil prices. 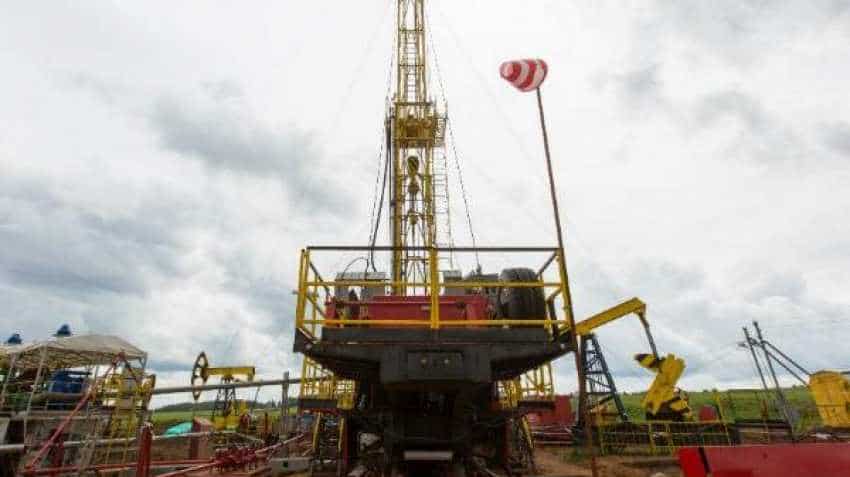 Brent crossed the $75 a barrel mark earlier in the week, the highest so far this year. Image source: IANS
Written By: IANS
RELATED NEWS

Global oil benchmark Brent fell nearly 3 per cent to $71 a barrel on Saturday after US President Donald Trump asked oil cartel OPEC to boost production and cool off the surging oil prices. Brent crossed the $75 a barrel mark earlier in the week, the highest so far this year, after the US decided to end Iran sanction waivers that allowed oil importing countries, including India and China, to keep buying Iranian crude.

"Spoke to Saudi Arabia and others about increasing oil flow. All are in agreement," US President Donald Trump said in a tweet on Friday. The prices have also been easing since Thursday as surging inventories of crude oil in the US outweighed the effect of sanctions on Iran that could reduce global supplies.

Brent crude, the global oil benchmark, was trading 2.96 per cent lower at $72.15 a barrel at the time of writing the story.  The US statement last week that it would lift Iran sanction waiver given to eight oil importing countries in November earlier this week last year, put the oil on the boil with crude prices jumping after a period of relative stability. For India the news meant that almost 10 per cent of import would need to be replaced by May 2 or domestic market would face shortages.

India imported 22.7 million tonnes of crude from Iran in FY19. The crude from the gulf national came on easier terms with importing companies getting 60 day credit with discounts on insurance and freight. Higher crude prices would have adversely affected India`s current account deficit and put strain on the rupee. Trump`s statement is thus being seen as a short-term relief for the oil market. More such statement in the run up to lifting of Iran sanction waiver would help in keeping oil prices stable.

Analysts suggest that the US President`s statement has also come at the right time as OPEC was exploring option to further extend its production cuts, a move that would have further fuelled oil prices.A stable international oil market is also good for Indian oil marketing companies that have been tasked to keep the prices of transport fuel petrol and diesel low during the time of elections. This would help these companies to cut their under recovery and losses on sale of the two products and ensure economic pricing post elections.