Bitcoin loses it's luster; will 2018 belong to other cryptocurrencies?

Performance of Bitcoin has been so volatile that it is very difficult for analysts to catch real sense of its valuation. 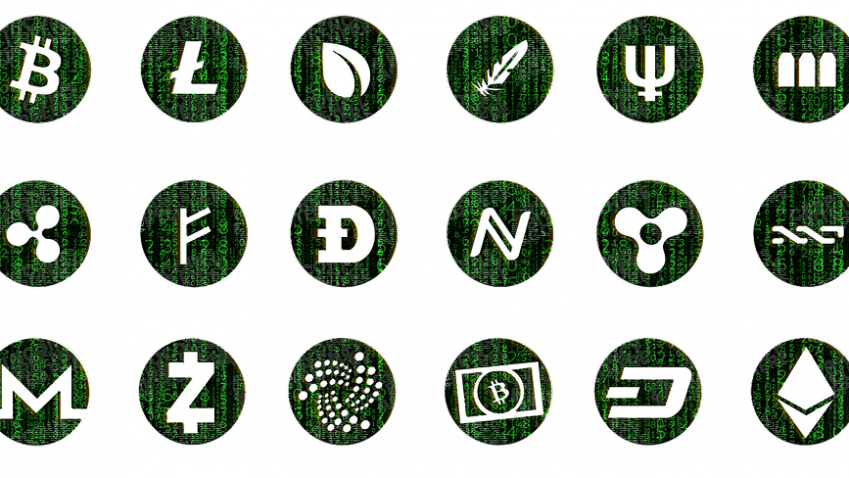 The onset of the year 2018 has not been favourable for Bitcoin, as it started to loose its lustre in the last few weeks of 2017.

Otherwise, the virtual currency created a craze among people across the globe so much so that it touched a high of $19,694-level in the first three weeks of December 2017, touching a market valuation of over $234 billion.

Performance of Bitcoin has been so volatile that it is very difficult for analysts to catch real sense of its valuation.

Andrew Kenningham, Chief Global Economist at Capital Economic, says, "As with many start-ups, the “true” value of Bitcoin is unknown because it is unclear whether it has a longterm future."

Bitcoin remained the only cryptocurrency till 2011 holding 100% market capitalisation, but after 2011, over 1300 virtual currencies came into existence with a total market cap of over $300 billion.

While Bitcoin continues to trend in red, there are other cryptocurrencies which are gaining momentum in 2018.

Except Bitcoin, according to Coinmarket data, there are 12 digital currencies which are seeing uptick in their performance mostly because they are not highly valued as compared to Bitcoin.

Two cryptocurrencies namely Dash and NEM have gained nearly 7,500 times since their inception. This is quite interesting, as Bitcoin took eight years to see such high valuation, while these two managed to outrun Bitcoin in the last five years.

Dash came into existence during January 2014 with the name of Darkcoin, but was later rebranded as Dash in March 2015.

“Dash developed new methods for reducing the traceability of transactions by mixing many transactions together before sending them to the final destination. The process of mixing blurs the identity of the original sender,” said Incrementum.

To increase its privacy further, Dash does not have a publicly available ledger. Recently, the developers made successful efforts to increase merchant acceptance of Dash.

This cryptocurrency started out as little more than a proof-of-concept, but it has been picked up by the commercial blockchain Mijin, causing the value of XEM, the platform’s currency to soar.

Here's a list of other cryptocurrencies that have been performing well so far.

Launched in 2015, Ethereum provides a platform where decentralized applications can be built and operated by anyone. Also, Ethereum smart contracts operate without downtime or censorship.

As per Incrementum, Etheruem's market capitalisation is approximately $44 billion with approximately 94 million ethers and a price of $460 per token.

Introduced in 2012, Ripple was co-founded by Chris Larsen and Jed McCaleb. The coin is labelled as a XRP.

This digital currency acts as a bridge to other currencies. One key point of Ripple is that it does not discriminate between one fiat/crypto currency and another, therefore, makes it easy for any currency to be exchanged for another.

Ripple has managed to become the second highest valuable cryptocurrency, having market cap of over $100 billion. Ripple grew by a massive 64,673.89% or 647.74 times across nations.

Born in 2014, Stellar comes as an open source blockchain that allows cross-border transactions with equal access for all participants.

According to Inverse.com, data Stellar promises transaction times of two to five seconds with fees of just a fraction of a cent.

Monero was introduced to the world in April 2014, and as per Investopedia, this coin soon spiked great interest among cryptography community.

Monero has been launched with a strong focus on decentralisation and scalability, as it enables complete privacy by using a special technique called “ring signatures”.

NEO is a blockchain project launched in China. This digital coin is a platform that enables the development of digital assets and smart contracts.

Barring these cryptocurencies, there are other virtual currencies including Litecoin, Bitcoin Cash, TRON, IOTA and Cardano

A month ago anyone hardly knew about TRON in the cryptocurrency market, but it started to steal limelight this week as it has surged 15031.11% or 151.31 times.

Cardano is a project that began in 2015 as an effort to change the way cryptocurrencies work. This has surged 4800.22% clocking over $1.24-mark.

Bitcoin was split on August 1, 2017, and a chain coming out of it was set up, and was termed as Bitcoin Cash (BCH).

Paul Vigna, an expert, in Incrementum report said, "At their core, cryptocurrencies are built around the principle of a universal, inviolable ledger, one that is made fully public and is constantly being verified by these high-powered computers, each essentially acting independently of the others.”

Andrew Kenningham, however, said, "We will have more to say about the economics of cryptocurrencies in the coming months for now the key point is that it is a curiosity, but not a major economic risk.”

"But we doubt that any cryptocurrency will become a serious rival to the dollar or other major fiat currencies, many of which have centuries of history behind them and the backing of governments and central banks," Kenningham added.