The U.S. Senator from Vermont will present a shareholder proposal at the event asking the world`s largest retailer to give its hourly employees a seat on its board and will press the company to raise wages. 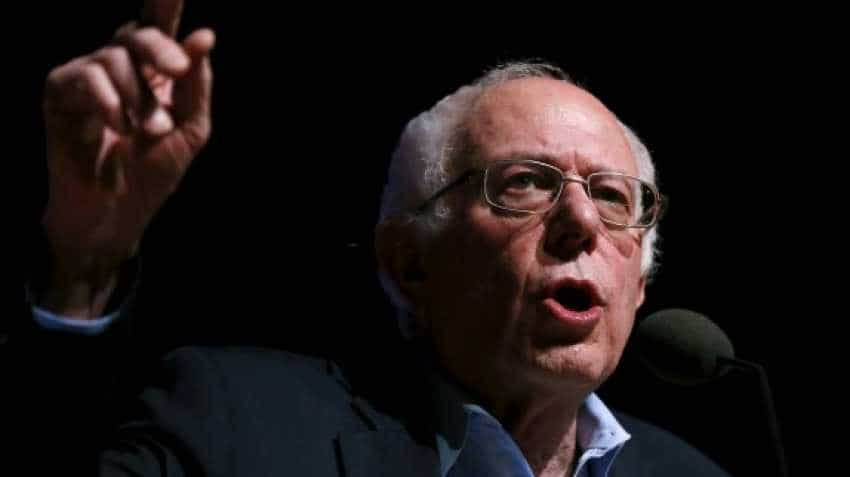 On Tuesday, Sen. Sanders sent out multiple tweets about the meeting. Photo: Reuters

Democratic presidential hopeful Bernie Sanders will attend Walmart`s annual shareholder meeting on Wednesday to advocate for workers` rights as the retailer battles mounting pressure to hike its minimum wage for hourly employees. The U.S. Senator from Vermont will present a shareholder proposal at the event asking the world`s largest retailer to give its hourly employees a seat on its board and will press the company to raise wages. The proposal, which is buried at the end of Walmart`s annual proxy filing, has little chance of passing as the founding family, owns a majority of shares.

Walmart`s shareholder meeting begins at 10.30 a.m. EST (1430 GMT) on June. 5 in Rogers, Arkansas. Sen. Sanders` presence has brought fresh attention to a meeting whose format was changed by Walmart last year to split it into two separate events, inviting sharp criticism from labor groups and unions. The retailer, which employs nearly 1.5 million Americans and is the largest private-sector employer in the country, now holds its business meeting, which Sen. Sanders` will attend, a few days before its big shareholder event, which draws thousands of employees.

Last year it rushed through shareholder proposals at the business meeting, which had a fraction of the attendees, in less than 30 minutes.  On Tuesday, Sen. Sanders sent out multiple tweets about the meeting. One said: "I know people who are on government benefits because the pay at Walmart is that low." "Americans should not be subsidizing the richest family in America and @Walmart workers should not be living in poverty. Walmart`s greed has got to end."

In another tweet, he said "The Waltons ... earn $25,000 a minute. The average Walmart employee makes $25,000 a year. My message to the Walton`s is simple: Pay your employees a living wage of $15 an hour!"  This will not be the first time Sen. Sanders has pushed Walmart to raise wages. He has regularly pointed to the retailer as an example of economic inequality in the country because a sizeable portion of its workforce depends on government welfare and foodstamps. Last year, Sanders introduced the Stop Walmart Act, a bill that would prevent large companies from buying back stock unless they pay all employees at least $15 an hour.

Walmart has raised its minimum wage twice since 2016 to $11 an hour. But it is still lower than the $15 an hour that rival Amazon.com Inc pays its employees. Others like Target Corp and Costco Wholesale Corp also pay higher rates than the brick-and-mortar retailer.  Walmart has said it pays an average of $17.50 an hour to its hourly employees, including benefits.

"If Senator Sanders attends, we hope he will approach his visit not as a campaign stop, but as a constructive opportunity to learn about the many ways we`re working to provide increased economic opportunity, mobility and benefits to our associates," Walmart has said previously.