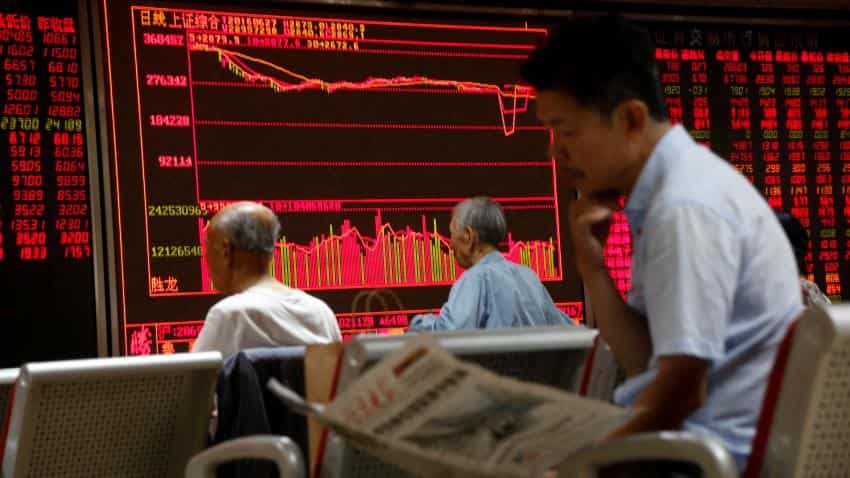 Global bond yields have risen in sympathy with depressed sentiment, adding to nervousness over when the Federal Reserve might decide to raise rates. Representational image. Image Source: Reuters
Written By: Reuters
RELATED NEWS

Global bond yields have risen in sympathy with depressed sentiment, adding to nervousness over when the Federal Reserve might decide to raise rates.

MSCI`s broadest index of Asia-Pacific shares outside Japan edged down 0.1 %.

The soggy Asian start followed an uninspiring performance overnight on Wall Street where the Dow lost 0.2 % and the S&P 500 <.SPX> shed 0.1 %, with uncertainty over future interest rate hikes and lower energy shares weighing.

While expectations over a Fed rate hike at next week`s meeting have faded, investors have been bracing for a tightening before year-end.

The Bank of England will be a focus on Thursday. The central bank is seen standing pat after easing policy last month, amid signs it overestimated the initial shock to Britain`s economy from June`s Brexit vote.

"Recent data shows how their efforts have paid off so while the BoE will leave the door open to additional stimulus, they should note the improvements in the economy and signal to the market that they are in wait and see mode."

Elsewhere, the dollar was little changed at 102.555 yen . It had briefly risen above 103.00 the previous day on speculation the BOJ would increase stimulus next week.

Brent crude limped up 0.5 % to $46.07 a barrel after dropping 2.6 % on Wednesday when data showing large weekly builds in U.S. petroleum products offset a surprise draw in crude stockpiles.

The 10-year yield fell as bond market weakness, which had sent it to a three-month high of 1.752 % earlier this week, ebbed slightly.

Long-dated bonds have underperformed for much of the past month in line with a steepening yield curve in Japanese government bonds. The BOJ is studying options to steepen the yield curve to help prompt new lending by banks that have been hurt by low long-term rates.