Asian stocks pull back on fresh doubts about Trump policies

Expectations of those tax cuts have been a major driver behind the 10% surge in the S&P 500 since Trump`s election. 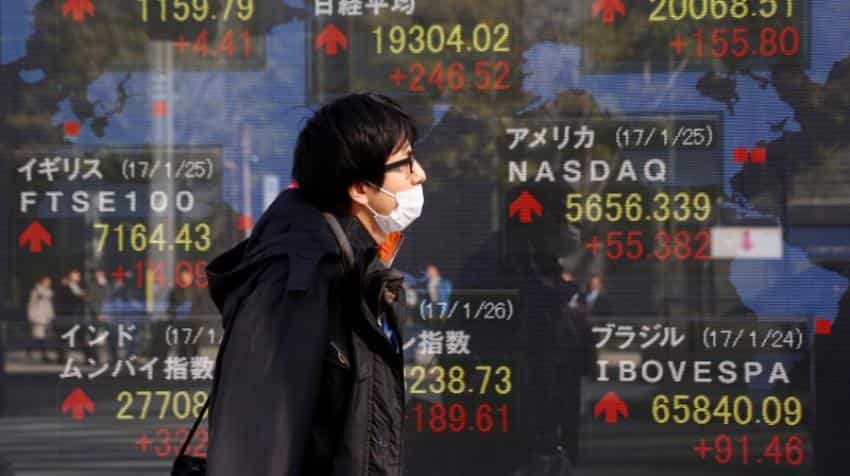 Asian stocks fell on Wednesday as a sharp pullback in Wall Street on doubts about Donald Trump`s economic agenda prompted investors to rush to safe haven assets such as gold and government bonds.

Both the S&P 500 and the Dow Jones Industrial Average lost more than 1% on Tuesday in frantic trading, their biggest one day slide since before Donald Trump`s election victory in November.

MSCI`s broadest index of Asia-Pacific shares outside Japan was down 0.5% in early trades after it hit its highest level since June 2015 in the previous session. Early Asian market openers such as Japan and Australia fell more than 1%.

"Nerves about implementation of the Trump agenda will remain the focus for markets with the Obamacare repeal vote in US congress on Thursday," ANZ strategists wrote in a daily note.

With valuations stretched -- US stocks are trading at the upper end of their historical valuation ranges -- investors see the Trump administration`s struggles to push through the healthcare overhaul as a sign he may also face setbacks delivering promised corporate tax cuts.

Expectations of those tax cuts have been a major driver behind the 10% surge in the S&P 500 since Trump`s election.

With investor mood decidedly risk-off, the Japanese yen scored some chunky gains against the US dollar , rising to a four-month high. The greenback fell below a key level of 100 against a trade-weighted basket of its peers.

Bonds gained with yields on two-year US debt falling to 1.27% in overnight trades, retreating further from a 7-1/2 year high of 1.38% hit last Wednesday when the US Federal Reserve raised interest rates.

Gold was on track to extend its overnight strong performance with the precious commodity perched comfortably at a two-week high of $1,248 per ounce.

Oil prices declined as concerns about new supply overshadowed the latest talk by OPEC that it was looking to extend output cuts.

U.S. West Texas Intermediate crude fell 1.8% to its lowest level since late-November to settle at $47.34 per barrel. Contracts were yet to be traded in Asia.