"My base case scenario is the two sides reach some deal. The pressure for a deal is immense simply because of the economic slowdown in both countries," said Shane Oliver, head of investment strategy and chief economist at AMP Capital Investors in Sydney. 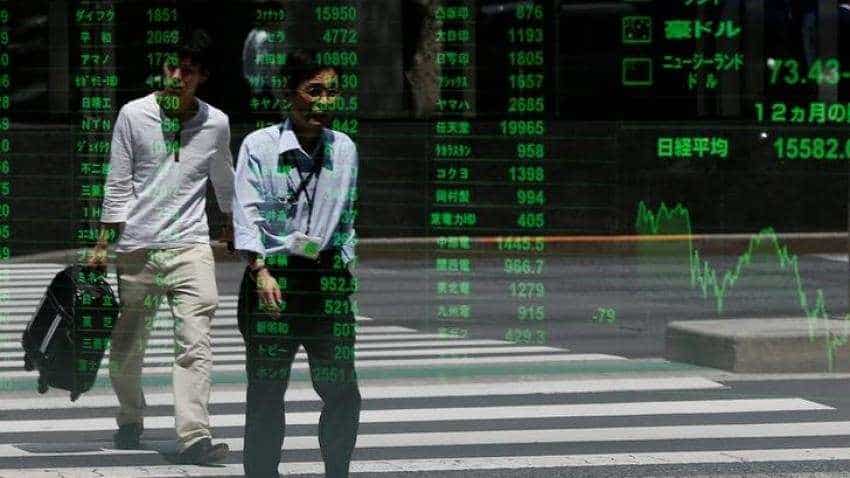 Stock markets in Asia inched up on Thursday on the possibility that China and the United States may soon seal a "phase one" deal to end their 17-month trade war, but conflicting messages from U.S. President Donald Trump kept a lid on the advance.

European shares are set to follow with a slightly firmer open, with the pan-regional Euro Stoxx 50 futures and London`s FTSE futures rising 0.1% in early trade.

Hopes that an agreement would soon emerge stemmed from a Bloomberg report on Wednesday that the two sides were close to a "phase one" deal, and Trump`s remarks that the talks were going "very well" after he had earlier said it might take until late 2020 to reach an accord.

"My base case scenario is the two sides reach some deal. The pressure for a deal is immense simply because of the economic slowdown in both countries," said Shane Oliver, head of investment strategy and chief economist at AMP Capital Investors in Sydney.

"However, we see increased volatility because policy uncertainty has become a constant."

As investors tilted towards optimism, riskier assets rose and safe havens such as the Japanese yen weakened.

HSBC Global Research said in a note on Wednesday analysts` consensus estimates of Asian companies` earnings forecasts were revised up for the first time in 18 months, and that similar turning points in recent years had paved the way for stock market recoveries.

But more market turbulence is possible in the short term given Sino-U.S. negotiations are very fluid.

If China and the United States cannot reach an agreement soon, the next important date to watch is Dec. 15, when Washington is scheduled to impose even more tariffs on Chinese goods.

Traders are also bracing for the closely-watched U.S. non-farm payrolls report due Friday to determine how well the U.S. economy is holding up amid a global slowdown.

Trading will likely be thin and there will be little money chasing these unpredictable trade headlines as the year-end approaches, said Robert Carnell, chief economist and head of research for Asia-Pacific at ING in Singapore.

"The motivation now (for investors) is not to lose any money if you`re under water, and if you`ve made money, keep it that way," he said. "If you haven`t positioned yet you are not going to in the next couple of weeks."

The yen traded down 0.07% at 108.77 per dollar, ceding some of the previous day`s gains as positive signs about the trade dispute hurt demand for safe-haven currencies.

The yield on benchmark 10-year Treasury notes fell slightly to 1.7603% in Asia, retracing some of the gains made in the previous session.

However, prices could be supported if the Organization of the Petroleum Exporting Countries, and fellow producers including Russia, approve deeper crude output cuts when they meet in Vienna on Thursday and Friday.