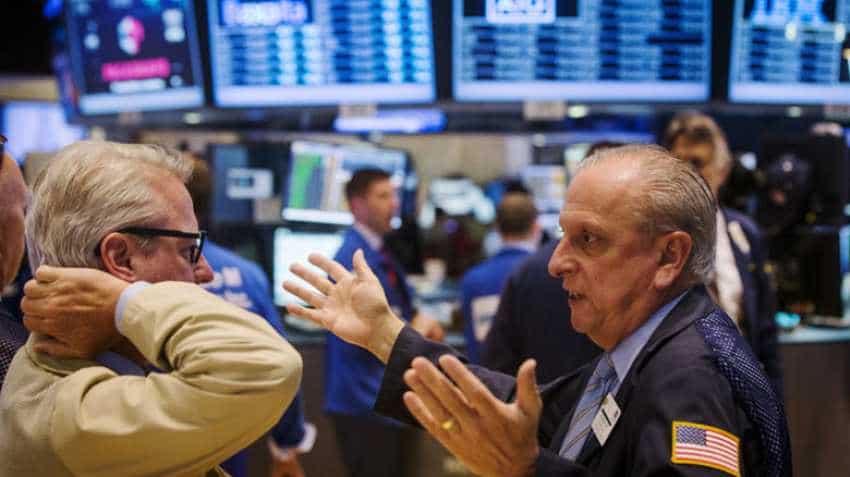 Asian shares edged higher on Monday, though investors were cautious as plunging oil prices fanned worries about a dimming outlook for the global economy.

Markets are also bracing for a crucial meeting between U.S. and Chinese leaders at the end of the week as trade tensions between the economic superpowers showed no signs of easing.

In China, the Shanghai composite index ticked up 0.3 percent.

On Wall Street, U.S. stocks lost ground on Friday, with the benchmark S&P 500 hitting its lowest close in more than six months as the energy sector was sold off in the wake of the oil slump.

The benchmark S&P 500 fell 0.66 percent to end about 10.2 percent down from its Sept. 20 closing record high, the second time this year it has entered a 10-percent correction after a rout in early February.

Oil prices traded near their lowest levels since October last year, having dived 8 percent on Friday for the biggest weekly losses in nearly three years, with rising U.S. production intensifying fears of a supply glut.

So far this month, both WTI and Brent futures were down more than 21 percent, on track for their biggest fall since October 2008 unless they recoup some of those losses this week.

In early Monday trade, U.S. crude futures fetched $50.53 per barrel, slightly higher though not far from Friday`s low of $50.15.

The oil woes also reflected anxiety over a heated trade war between the United States and China.

"The U.S.-China summit is the biggest event for the rest of the year," said Nobuhiko Kuramochi, chief strategist at Mizuho Securities.

U.S. President Donald Trump and his Chinese counterpart Xi Jinping are expected to hold talks on the sidelines of a G20 summit in Argentina at the end of this month.

Barring any deals there, the U.S. tariffs on $200 billion goods are set to be raised to 25 percent next year from 10 percent, Kuramochi said.

Such a hike is likely to put a brake on the global economy, which is already showing cracks with businesses wary about investment amid the rising headwinds to earning growth.

A survey on Friday showed euro zone business growth has been much weaker than expected this month as slowing global economic momentum and a U.S.-led trade war have led to a sharp fall in exports.

IHS Markit`s Flash Composite Purchasing Managers` Index for the euro zone fell to 52.4 in November, its lowest since late 2014.

That put pressure on the euro. The single currency traded at $1.1335, little changed in Asia after a 0.6 percent drop on Friday.

The British pound hardly moved at $1.2818 after European Union leaders sealed a Brexit deal on Sunday.

Markets are now looking to whether the deal can get through a fractious British parliament which is set to vote on it just before the next EU summit on Dec. 13-14.

The dollar`s index against a basket of six major currencies stood at 96.908, not far from this year`s top of 97.704 marked two weeks ago.

But it could lose momentum if Federal Reserve policy makers take a more cautious approach to future policy tightening. Chairman Jerome Powell will speak on Wednesday while Vice Chairman Richard Clarida`s speech is due on Tuesday.